This weekend’s heavyweight Pay-Per-View clash between Dillian Whyte and Alexander Povetkin has been extended by one more bout.

Fresh from a fourth contest being added last week, promoter Eddie Hearn has added another to the Sky Sports Box Office show.

The WBC Diamond belt is also on the line.

In a late addition, Croatia’s explosive Heavyweight contender Alen Babic will battle Shawndell Winters over eight rounds on the undercard.

Babic (3-0, 3 KOs) can enhance his growing reputation as ‘The Savage’ when he faces American Winters, live on Sky Sports Box Office. 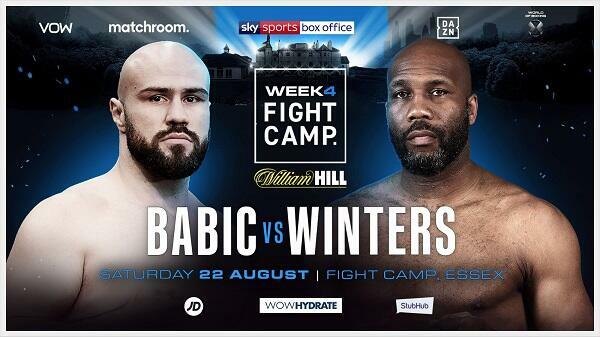 Whyte has spent the last few weeks in punishing sparring sessions with Babic, who is yet to be extended beyond the third round in his professional career.

Winters, for his part, has proven his toughness in 13 victories. He has just three defeats. Winters ruined the unbeaten record of Oleksandr Teslenko last September.

Babic vs. Winters lands on a huge night of action that sees Irish legend Taylor (15-0, 6 KOs) put her WBC, WBA, IBF, WBO and Ring Magazine Lightweight crowns on the line against Belgium’s Persoon (44-2, 18 KOs) in the biggest rematch in women’s boxing.