Jessica McCaskill is the new undisputed female welterweight champion following an unbelievable turn of events on the streets of Tulsa.

The 35-year-old, with two losses on a ten-fight record going into the bout, was taking on a formidable champion in Cecilia Braekhus.

At 36-0, Braekhus was rightly recognized as the pound for pound queen and ‘First Lady’ of boxing – that was until McCaskill came her way.

After a ten-round scrap, McCaskill got the nod on the scorecards with two of the judges. One carded 95-95 but the others gave it to the American 97-93 and 97-94 for a stunning upset.

Discussing the points tally post-fight, McCaskill revealed she was focused on taking the crown.

“When I am back in the gym, that’s all I’m saying and that’s what happened.

“My coach said to me a couple of days ago, ‘Hey, this fight – fight for you.’ So this is for the fourth-grader, homeless Jessica.

“This is for the little girl who just didn’t care what people thought about her and just learned to love herself even though she was really weird.

“This is for me now, the one who sacrifices everything to put this sport first and to make a difference. That’s what that fight was about.” 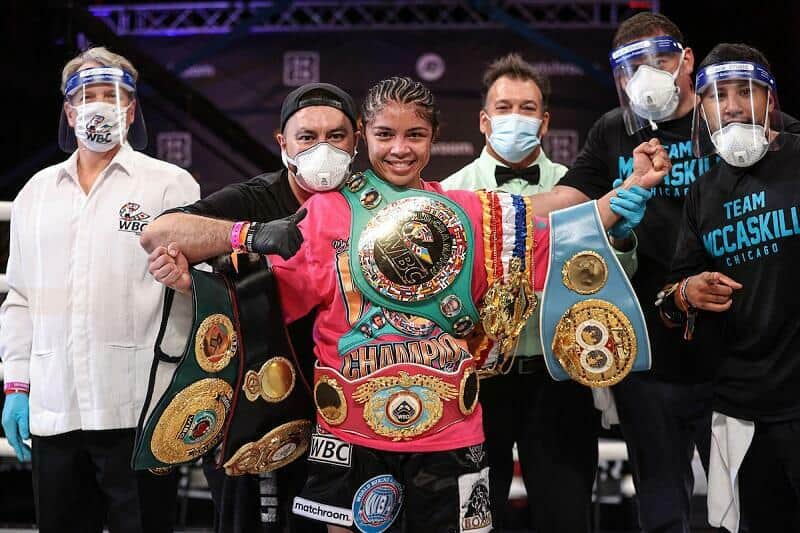 “Shout out to CompuBox, women never get a punch count. I threw 230 more punches than her, that shows you that I wanted it.”

Braekhus had the opportunity to overhaul a long-standing record of Joe Louis on the night. Instead, the Norweigian is contemplating where she goes from here at 36-1 and formerly undisputed.