Floyd Mayweather continues big influence over boxing – even in retirement

The WBN Fighter of the Decade for 2010-2019 is retired from trading blows competitively, but Floyd Mayweather continues to have a big influence over the sport.

At the recent announcement of Showtime’s huge boxing schedule, Mayweather has a hand in overseeing the futures of several of the fighters participating.

The biggest of those being Gervonta Davis, who makes his Pay-Per-View debut versus Leo Santa Cruz this year.

One of those who has been impressive of late is Rolly ‘Sign Up For KO’s Romero. The youngster has been soaking up Mayweather’s knowledge like a sponge during their sessions.

Discussing how Mayweather always has time for those who seek out his help, the 11-0 fighter was full of high praise.

“Floyd Mayweather taking time to work with me in camp says a lot about him,” said the big-hitting Romero. “He’s got a lot of other things he could be doing, so it’s already a blessing. 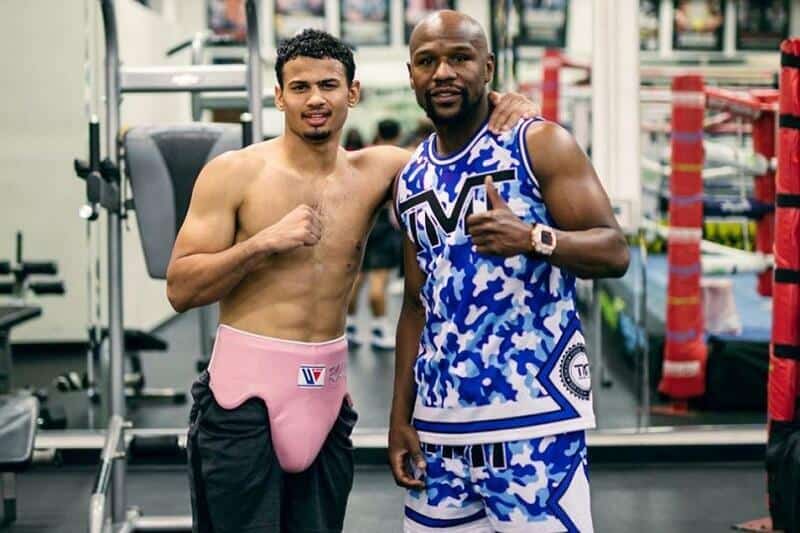 “He always tells me to work my jab and focus on my boxing ability. We’ve worked a lot together in camp for this fight.

“When I signed with Floyd. I asked him what I should work on and he told me to work on my jab.

“About four or five fights in I started to really use that advice and it’s the best advice that he could have given me,” he added.

Stephen Espinoza, who worked with Floyd Mayweather during the latter part of his career, lauded the new Showtime schedule which features a big TMT presence.

“We’re thrilled to announce what we believe is the strongest and most comprehensive schedule in all of boxing,” he said.

“Meaningful fights, competitive matchups. This is what boxing fans have been waiting forever since the sport shut down in March.

“From highly regarded prospects to emerging stars and big-time champions, we put them all in tough matchups.

“This lineup really delivers on our promise to boxing fans with the biggest fights, the most exciting fights, and the highest quality presentation in the sport.

“We’re doing nine telecasts with what are unquestionably the most significant fights in the sport since boxing has restarted.”

Romero features on the undercard of David Benavidez vs Alexis Angulo tonight on a Showtime special.

Without coronavirus restrictions, there’s no doubting Floyd Mayweather would have been present for the event.

Furthermore, Mayweather is already overseeing the rise of Davis, Romero, and Devin Haney, among his other long-standing stable of boxers.