At the ongoing electronic World Boxing Council 58th Convention, the status of the heavyweight division has been ratified by President Mauricio Sulaiman.

Firstly, following much confusion surrounding a delay to champion Tyson Fury defending against Deontay Wilder in the coming months, the WBC has moved to act.

On the back of fresh discussions during the Convention, Sulaiman confirmed the WBC had accepted a title elevation for mandatory challenger Dillian Whyte.

The Londoner’s upcoming bout with Alexander Povetkin will now have the Diamond belt on the line. The fight takes place next week in Essex, London.

Sulaiman also assured the winner of Whyte vs Povetkin that they will be able to push through talks with the victor. As soon as day after Fury vs Wilder III is done and dusted.

Concerns that Fury vs Wilder III may run over the original February deadline were not addressed directly. But it’s thought due to the coronavirus pandemic, Fury and Wilder will be given ample time to have fans inside the arena.

“Matchroom has requested for the August 22 fight between interim champion Dillian Whyte and Alexander Povetkin, authorization from the WBC for the winner to be awarded the Diamond belt. This proposal has been authorized,” said the WBC late on Thursday.

“If Dillian Whyte wins, he will be ratified as the official challenger. He will face the winner of Fury vs Wilder III.

“Fury was confirmed to make a voluntary defense against Deontay Wilder. This fight is scheduled for December 19,” they added. This is despite a widespread notion that this date could be unworkable in the current climate. 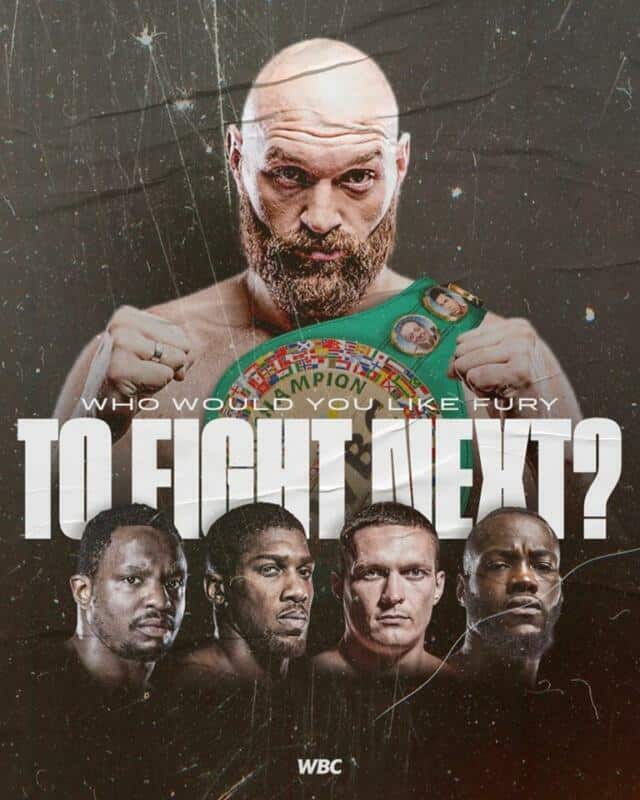 The ruling continued: “The winner of Fury vs. Wilder III is required to fight Whyte if he wins his match against Povetkin.

“Queensberry Promotions received clarification from the WBC. This came after expressing their concern that February was the deadline for the mandatory fight.

“It was clarified that one day after the fight between Fury vs Wilder III the period of free negotiations will begin.”

Whyte still faces a longer wait than usual. ‘The Body Snatcher’ will soon have Daniel Dubois or Joe Joyce breathing down his neck for a shot at his mandatory sport.

Talks certainly remain ongoing between Fury and Wilder. Both sides hope a deal can be done soon.

Fury vs Wilder III – Before February 2021