Vasyl Lomachenko will face Teofimo Lopez in an undisputed lightweight unification clash that will see the winner hailed as the king of the division.

Loma and Lopez had been locked in discussions with promoter Bob Arum and have finally reached a deal that suits all.

The contest is now being eyed for October 3rd, surprising on regular ESPN. The decision to keep the battle off PPV was made by all concerned due to the current coronavirus climate.

Earlier this week, Loma skated over the negotiations on his official YouTube channel.

“To be honest, I learn these things from the internet from the media, and then in the evening, I learn it from Egis,” said Lomachenko. “He confirms all that to me.

“For now, yes the third of October is the final date (for the Lopez fight).”

On training for a fight less than three months away, the formidable Ukrainian added: “I haven’t started my preparation with that date in mind. I started it a while ago.

“I haven’t seen the contract personally. My understanding is the contract is already in place and we should be signing it this week. 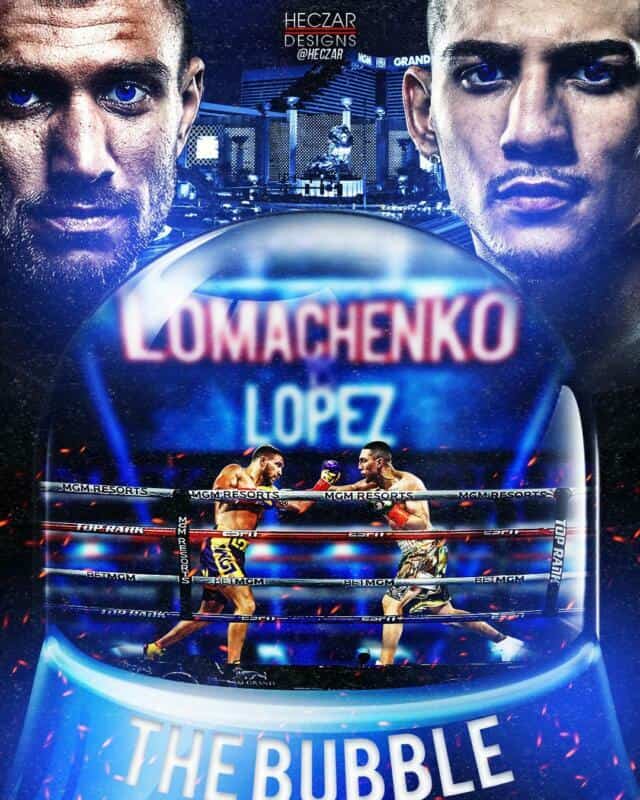 “But all the verbal agreements have been made. The only question now is whether it’s going to be a regular ESPN match or a pay-per-view (we now know regular). That is the question.

“I think if we wanted to we could still change the conditions of the fight. We are waiting for an official announcement from our promoter and the organizers of the match. That’s it.

“I have said yes to it and it doesn’t matter to me what the contract looks like and what the details are.

“I’m ready, what is the date? the third. I’m in for it lets go. that’s my position. What his position is I don’t know.

“But judging from everything he’s not avoiding it in any way either,” concluded the pound for pound star.