Undefeated WBC Super Middleweight World Champion David Benavidez plans to break down and take out Alexis Angulo in the forthcoming defense of his title.

Benavidez puts the coveted green and gold strap on the line this weekend and wants to put on a show for the fans.

“I feel amazing. Our preparation has been very good and everything has gone smoothly,” he said. “We had private sessions in our gym, so we had sparring and everything we needed. I’m very close to weight right now and I’m ready to defend my title on Saturday.

“Moving to Seattle was really good for me. I just bought a house out there and it’s a beautiful place. I’m there to figure out what I really want in life and dedicate myself to boxing. I’ve hit a different stage in my life and career and I’m just ready to keep winning.

“I’ve seen Angulo’s style in some of my previous opponents. I’d compare him to ‘Porky’ Medina, but Angulo is a little fresher because he hasn’t been through the wars like Medina. Angulo is very heavy-handed and he wants to win. He’s coming off of an upset win and I think that has him motivated to believe he can beat me.

“I’m ready for whatever he brings to the ring. I’ll just have to be patient. I can’t just try to knock him out and leave myself open. I have confidence in my abilities, and if I do everything right, I believe the knockout will come. I’m ready to give a great show to all my fans around the world. 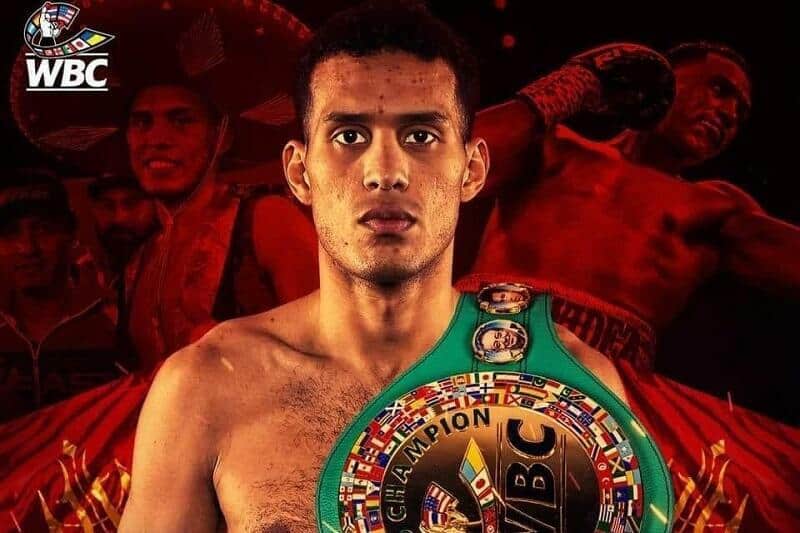 “I’ve just been working on every aspect of my game. My defense, the jab, body shots, and keeping the distance especially.

“I think Angulo is the perfect opponent to display everything I have. This is going to be a rugged and tough fight but that’s what I expect for every fight from now on.

“As long as I prepare myself correctly, I think I’ll be fine. This is the level I wanted to be at, and now that I’m here, I want to take full advantage of that.

“Angulo is a tough fighter. He hurt Gilberto Ramirez a couple of times in their fight. I have to go in there and be alert. Everything has to be perfect. When I get on the inside, I’m going to attack the body and throw combinations.

“I think this is going to be a different fight than my last fight. I don’t think Angulo will utilize the ring-like Anthony Dirrell did. I’ll look to start the fight off well, find my rhythm, and ultimately break him down.

“I want to fight [IBF Super Middleweight Champion] Caleb Plant next. All the super middleweight champions have to take risks and fight each other. I want those other belts. I want to take the chance now. To show everybody, including myself, that I’m the best.

“I feel like this is just the beginning for me. I want to be a unified champion. To be known as the best super middleweight of my generation. I have time on my side and I’m hungry and competitive. The sky’s the limit for me.”

David Benavidez vs Angulo will take place live on SHOWTIME (9 p.m. ET/6 p.m. PT) from the Mohegan Sun Arena in Uncasville, Conn. The card is presented by Premier Boxing Champions.