Floyd Mayweather is loving life as a trainer right now and looking forward to watching Mike Tyson back in action on November 28.

The former pound for pound king has been out of action since New Year’s Eve 2018 but isn’t missing it too much.

At 43, Mayweather is passing on his wisdom to the new generation. The ‘Money’ Man is helping out Devin Haney and Gervonta Davis – among others.

Discussing his role, Mayweather told Fat Joe: “I got a fighter, one of the best fighters out there today, Gervonta ‘Tank’ Davis.

“I got him when he was young, I put him in a position. Now he’s a three-time world champion. And it’s another little kid that grew up in my gym, Devin Haney.” 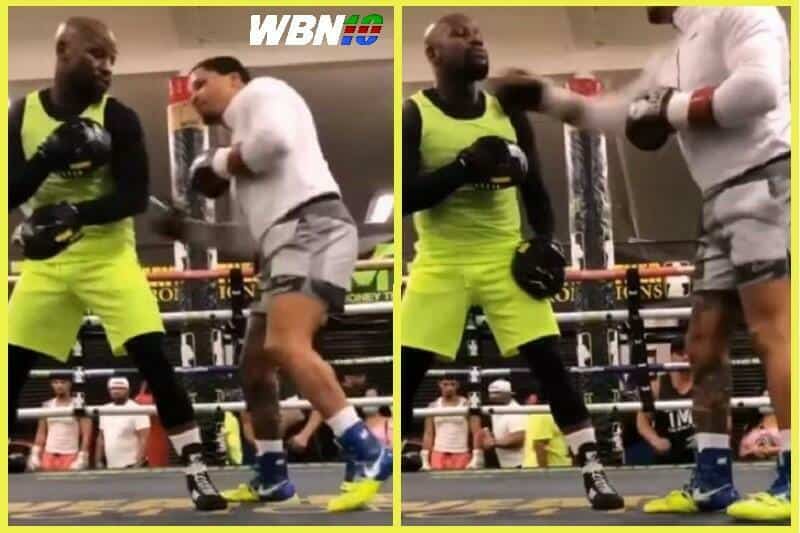 “So with me giving him pointers. Once again, you’ve got the media — those other people — want me to bump heads with these young kids. I’m not gonna do that.

“That’s no different from when my dad was training Oscar De La Hoya. I never cared. You know why? Because I know that my skills were second to none.

“If my dad was not with me and he was still able to get a check and make great money — I’m proud of my dad.”

FLOYD MAYWEATHER on TYSON vs RJJ

On the exhibition fight between Tyson and Jones, which Mayweather now has two of his own fighters on the undercard, he concluded: “I think that we seem to forget about who’s the pioneer about making exhibition bouts huge.

“So Joe, a lot of times we forget about certain things…I mean, I think it’s gonna be very interesting, you know.

“I’m pretty sure I’m gonna watch it, absolutely. I don’t think I can go because I don’t think there’s gonna be an audience at that particular time, but may the best man win.”