Now, due to an expected and WBN predicted outcome, the Wilder trilogy is nowhere near taking place due to the COVID-19 situation in the United States.

World Boxing Council President has relaxed his stance on who Fury can fight in the months since his victory over Wilder earlier this year.

At first, Sulaiman told WBN: “The WBC has consistently confirmed that a mandatory bout between the WBC world heavyweight champion must take place with the mandatory challenger and Interim champion Dillian Whyte.

“This must take place after Fury vs Wilder III.

“Under those circumstances, and with an order in place, the WBC would not consider a request to elevate anyone in the heavyweight division to Franchise Champion before that division’s mandatory obligations are fulfilled.”

A few weeks prior, Sulaiman also told WBN exclusively: “Tyson Fury is a new champion. He has one year to do any fights he wishes to contract on a voluntary basis.

“Now, Fury apparently has a rematch agreed with Wilder. But can fight Dillian Whyte or he can fight Anthony Joshua.

“He can fight any opponent (doesn’t have to be Wilder – within the next year), as I mentioned.”

So where does that leave Fury?

Well, UK promoter Frank Warren has already confirmed he wants Fury to fight in 2020. But sadly for Whyte, that Fury instructed him that he won’t even consider his British rival. 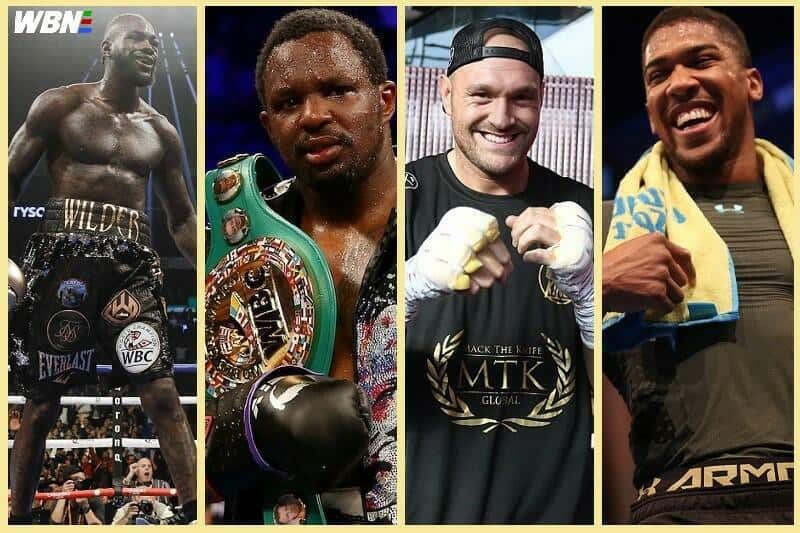 The only all-English encounter Fury wants is one that involves Anthony Joshua. This is despite the WBC stipulation.

On who Fury would face instead of Wilder, Warren stated: “Anthony Joshua. What’s the fight that everybody wants to see?

“I don’t want to hear about Dillian Whyte or all these guys. The fight that everybody wants to see. That is the fight.”

Whyte is once again being completely dismissed – even with the WBC’s backing of a title shot before February 2021.

Fury may decide to negate his contract with Wilder altogether. That’s until the coronavirus outbreak is fully under control.

In the meantime, ‘The Gypsy King’ may up his pursuit of AJ.

Again, there’s a problem, though. Without fans, all of these contests are tough to get over the line.

Cases are rising all over the country and an October deadline for fans to return is almost certain to be pushed back.

Fury vs Joshua is highly unlikely to happen without a crowd of some sort present. The same goes for a Deontay Wilder trilogy.

Whereas Whyte would probably accept a no fans deal in order to secure his chance. But Fury seems completely disinterested in that.

Phil Jay is Editor of WBN. An Auxiliary member of the Boxing Writers Association of America. Follow on Twitter