The Cuban heavyweight beast who could be world champion right now

There’s a heavyweight in the vested ranks with boxing in his blood. Erislandy Savon is forging a career path for himself in the considerable shadow of his uncle Felix.

Savon, 30, is already considered the best in his field from the amateur ranks following in the footsteps of his famous family member.

Felix Savon retired in 2000 having won three Olympic gold medals and six world amateur championships. Savon should have won a fourth had Cuba chosen to participate in the 1988 Games in Seoul.

On the back of Felix came Erislandy, taking up the sport as a child and bursting onto the scene in 2008.

Since then, Erislandy Savon has racked up almost 200 victories. He’s a massive puncher and boasts an almost 25% KO ratio. Unheard of considering a percentage of those stoppages came with head guards.

Not yet heading into Tokyo 2020 (taking place in 2021), Savon is under no pressure to emulate his uncle and gain a gold medal.

A hand injury suffered in the run-up to qualifying had initially ruled Savon out. This latest delay gives the Cuban selection committee a new headache.

Despite his awesome displays in previous tournaments, Savon has been on the wrong side of some close decisions.

Anthony Joshua in the 2012 London Olympics was one of the more notable at 17-16. 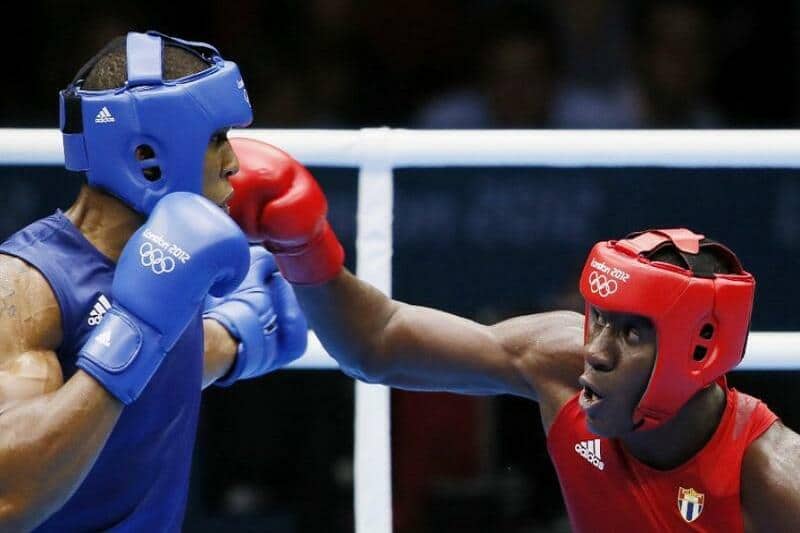 Savon possesses amazing talent. But the talent that it’s feared may never enter the paid ranks.

If he gets a wildcard and wins gold next year, there may be a slight and minute chance he defects from Cuba. Although with his family still there and holding his uncle Felix in such high regard for not leaving, that remains a highly unlikely scenario.

Boxing is set to miss out on one of the greatest cruiserweight or heavyweight talents, well, since his uncle.

At the time of feeling pressure to turn pro, Felix gave his reasoning for not taking the big money.

“Cuba, since 1974 has been the king of amateur boxing in the world,” he said. “That is why the media of other countries keep asking why we don’t box professionally.

“Professionalism will abolish humanism and society. Athletes are the most important thing in Cuba since Castro took over. We practice sports from the age of 8.”

Had Felix turned pro, he would have been in the mix with the likes of Mike Tyson, Riddick Bowe, Evander Holyfield, and Lennox Lewis – a mouth-watering thought.

So, will we ever get to see Erislandy trading with Joshua without a vest? – Or even Tyson Fury or Deontay Wilder – it’s significantly doubtful.

A dream scenario would see Savon get that wildcard, win gold in Tokyo, and then become a cruiserweight contender. If he did that, it’s roundly believed it could take minimal bouts for him to take a recognized strap.

In all honesty, he could be a world champion now if he challenged many of those who hold a title at 200 pounds.

As for the top division, a year or two at the 200 limit would prepare Savon well for a heavyweight experience from around 2022 or 2023.

Then, the heavyweight world could firmly be his oyster. Fingers crossed.