World Boxing News first broke the news that Tyson Fury vs Deontay Wilder would likely not happen until at least February 2021 as the coronavirus ravaged the world.

Due to the fact that fans are not allowed to attend, it was highly unlikely that Top Rank boss Bob Arum would agree to stage the fight in Las Vegas at less than around a fifty percent capacity.

With the virus nowhere near under control in the United States as a lack of action continues to be undertaken, Fury vs Wilder III will not take place before next year.

This has left both Fury and Wilder will a decision to make on their immediate future. Do they fight again in the interim?

Well, Fury’s UK handler Frank Warren has stated ‘The Gypsy King’ full intends to compete before that timeframe despite his contracted obligation to Wilder.

“I spoke to him this morning. That (long out of the ring) ain’t happening. He’s fighting this year,” Warren told BT Sport.

“He doesn’t want that. I don’t want it for him. He certainly doesn’t want it. He wants that (trilogy) fight to happen this year by hook or by crook.” 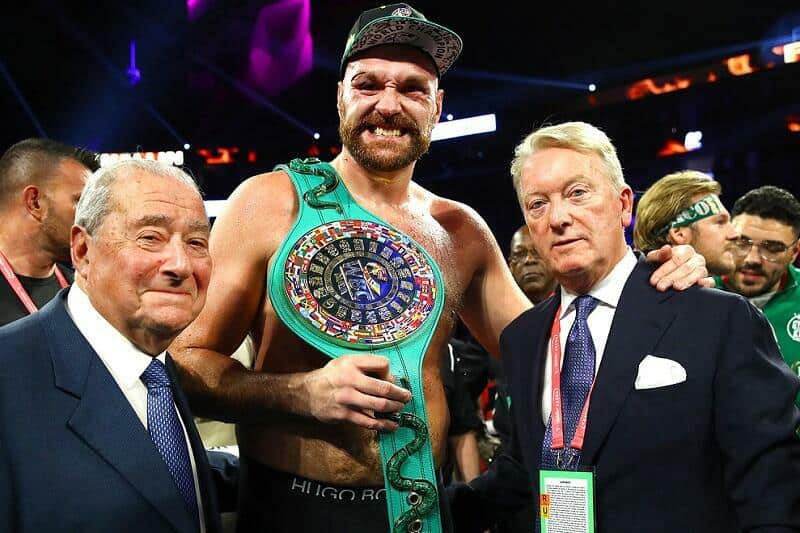 Despite Fury’s warning, it would certainly by Arum’s last word on the matter as to whether the fight is viable to happen by the end of 2021.

The only possible way would be if Fury and Wilder both took a massive drop in their purses. And if they fought without fans.

Warren is adamant Fury will complete his agreement with Wilder. But he wants a deal worked out before one year passes from the last fight.

At the very least, Fury will want a run-out against an alternative foe.

“Obviously, you want to fulfill his contractual commitment. But he’s not going to wait until February. That can’t happen,” said the Hall of Fame promoter.

“I was quite frustrated when that came out. I was unaware of it. It came out of the blue. But he doesn’t want it and we don’t.

“He said to me, ‘I want to fight this year,’ so that’s my job to make sure that he fights this year.”

In regards to a mandatory with Dillian Whyte, any delay to Fury vs Wilder obviously has a knock-on effect to ‘The Body Snatcher’.

World Boxing Council President Mauricio Sulaiman has stated to WBN before that Fury has a year to complete the duty to Whyte.

“Tyson Fury is a new champion. He has one year to do any fights he wishes to contract on a voluntary basis,” Sulaiman exclusively told World Boxing News.

“Now, Fury apparently has a rematch agreed with Wilder. But can fight Dillian Whyte or he can fight Anthony Joshua. He can fight any opponent (doesn’t have to be Wilder – within the next year), as I mentioned.”

Eddie Hearn has amazingly stated Tyson Fury vs Deontay Wilder III should be scrapped by the WBC in order to allow Whyte his chance now.

Strong words given the fact the Matchroom boss has pitted Whyte in a ’50-50′ Pay-Per-View with veteran Alexander Povetkin this month.

Should Povetkin win against the odds, Whyte would be out of the picture.