The latter pair have been embroiled in a difference of opinion over purses during the current coronavirus climate.

Garcia reportedly wants more money than De La Hoya is willing to put up. Arum says this shouldn’t be the case as fans are unable to attend.

Arum believes it’s not the job of the promoter to pay fighters out of their own money if events don’t have the correct income.

“It’s very, very difficult for me to understand what Ryan Garcia is complaining about,” Arum told The AK and Barak Show in a recent appearance on Sirius XM.

“Because we have told all of our fighters, look, guys, we are doing this fight – just the way Golden Boy was, without spectators.

“We get some television money. But we can’t pay you what you think you are worth. Because nobody can buy a ticket for your fight.

“If your fight was on Pay-Per-View there would be no revenue from bars, commercial establishment, and closed-circuit revenue. So we, as promoters, limited to what resources we have to pay the fighters. 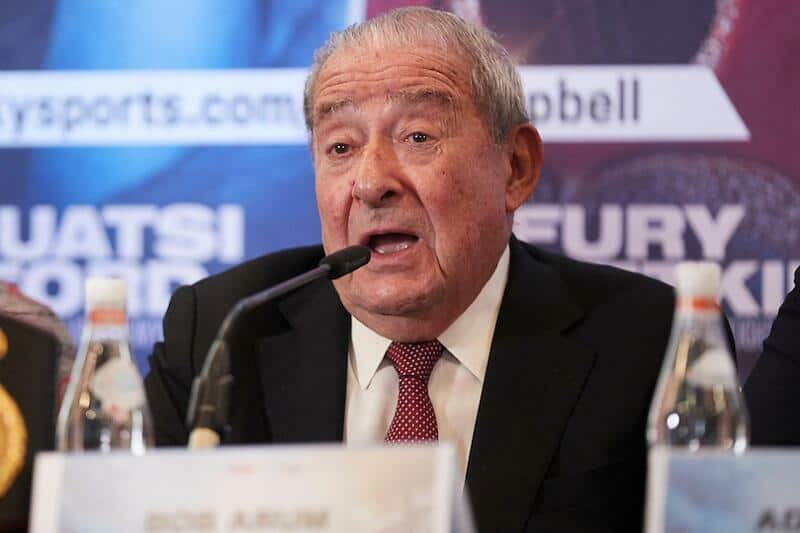 “The ones who have intelligent managers and advisors, understand that. Because it’s not a secret, nobody has gates because you can do it for spectators.

“Nobody can, if they do a Pay-Per-View fight, can put the fight in bars or anything because the bars are closed. So they understand it. They adjust their aspirations accordingly.

“So Oscar, in effect says to him; ‘I’m willing to do these fights for you. I’m willing not to make any money in these times. But it’s not fair for me to have to go into my pocket. To spend a lot of money so you can get the purses you think you are worth.

“I mean, that’s not the way it works, in any business. And certainly shouldn’t work that way in boxing.

“So, in this instance – and without really knowing all the facts – I sympathize with Oscar De La Hoya and his position,” he added.

It’s not the first time De La Hoya has had a run-in with one of his high-profile fighters as Canelo has revealed his unhappiness in the past.

Thankfully, De La Hoya usually works everything out. Due to Garcia signing a lucrative new contract after the last disagreement, though, this time it may take a little more convincing to turn the tide.

‘King-Ry’ is set to be pitted against Luke Campbell for a version of the WBC lightweight belt once all ducks are in a row.