The World Boxing Council has released confirmation of the forthcoming date for the Tyson Fury vs Deontay Wilder trilogy clash.

Outlining earlier reports, the WBC says the third encounter will go ahead the week before Christmas. All we need now is a venue.

In further ratification, the WBC has reiterated that British contender Dillian Whyte will one hundred percent battle the winner.

This puts a firm full stop on any hopes Anthony Joshua had of landing Fury for an undisputed unification before his old rival.

The WBC said:  “The highly anticipated match between WBC interim Heavyweight Champion, Dillian Whyte from the UK against former champion Alexander Povetkin from Russia has been confirmed for 22 August.

“The bout will take place at the headquarters of Matchroom Boxing in Brentwood, England. It will be televised live on Sky Sports Box Office in the UK and Ireland. Also on DAZN around the world.

“Whyte vs Povetkin is a major component of the resumption of boxing activity globally. 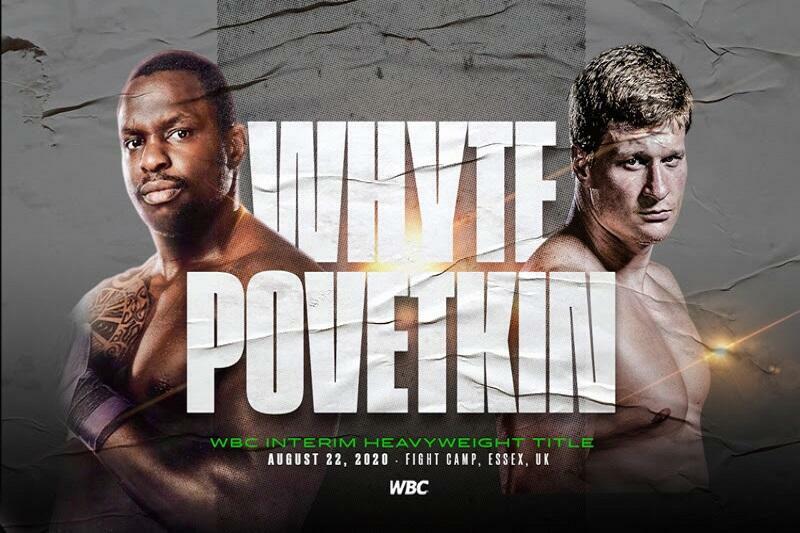 “The WBC has confirmed that if WBC Interim World Champion Whyte is triumphant against Povetkin, the winner of the upcoming Fury v. Wilder III bout – which is scheduled for 19 December – must face Interim Champion Whyte.

“The contest will be the mandatory defense of the WBC World Heavyweight Title early next year.

“The WBC is very much looking forward to this tremendous activity in the heavyweight division.”

Fury vs Wilder III is being eyed for the MGM Grand Garden Arena. It will potentially be part of a Top Rank bubble in the worst-case scenario.

That’s only if fans are not allowed to attend.

It’s been predicted that fans will return to the UK in October, although the United States dealings with COVID-19 are far different. They could prevent any crowds until the first half of 2021.

This leaves Fury vs Wilder III organizers will little option but to plow ahead in an empty arena. Or alternatively, consider a UK venue for the contest.

We wait to see what the outcome will be. But Las Vegas remains the firm favorite to host.

As for Whyte, ‘The Body Snatcher’ has to come through the experienced Povetkin in order to make sure the last three years don’t go to waste.