Seeing ‘Iron’ Mike Tyson back on a fight poster for the first time drew goosebumps as the ‘Baddest Man on the Planet’ returns on September 12.

Sharing the official Triller design for his forthcoming clash with Roy Jones Jr, Tyson was back on an official event media run for the first time in a decade and a half.

The artwork focuses on Tyson’s famous tattoo and sees Jones with a little more hair than usual. Two legends will collide next month in what will be the most eagerly-anticipated Pay-Per-View since February.

Back then, which seems an age due to the coronavirus outbreak, Tyson’s namesake of the Fury variety defeated Deontay Wilder in seven rounds.

In contrast to Tyson vs Jones, Fury vs Wilder II broke the gate record for a heavyweight bout staged in Las Vegas. Tyson vs Jones, on the other hand, is forced to take place with a bare minimal presence.

Fans can purchase the PPV for $49.95, though. Tune in to watch a piece of history unfold. 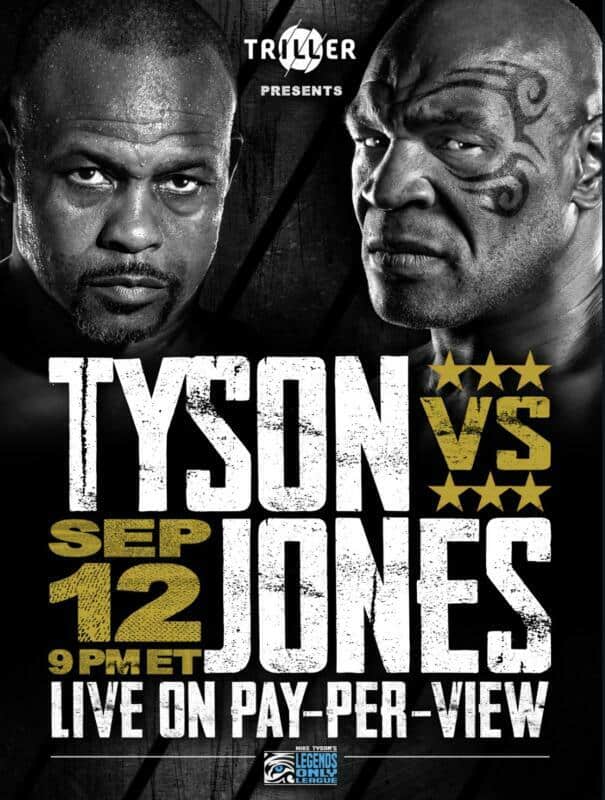 As far as Tyson goes, the man needs no introduction and all has already been said during the build-up. Let battle commence.

Part of their deal with the Legends Only League and Mike Tyson, all rights for the “Frontline Battle” are controlled by Triller.

This announcement comes on the heels of Triller’s recent acquisition of Halogen Networks. It will power the streaming version of the PPV and other live streaming components of the event.

For more information on the fight and Tyson’s new league, please visit www.legendsonlyleague.com.