There’s new a new heavyweight juggernaut hurtling towards a world title shot and looking to put an end to a one-year stall on his career.

Ivan Dychko, who fought every amateur worth their salt at super-heavyweight, last fought in July 2019. But in nine short fights, the double Olympic medalist fired a stark warning to all the top guys.

The 29-year-old from Kazakhstan has already been labeled ‘The Heavyweight GGG’. He is firmly on a mission and certainly has no time to waste.

During those nine fights, every single opponent has been taken out. Dychko took just under fourteen minutes in total to take his record to 9-0 with 9 KO’s.

“He’s the same fighter he always was,” pointed out Dychko. “He gets his world rocked in every fight.

“Then his little bit of power bails him out when his opponents get tired. I know exactly how to beat him. I already did.” 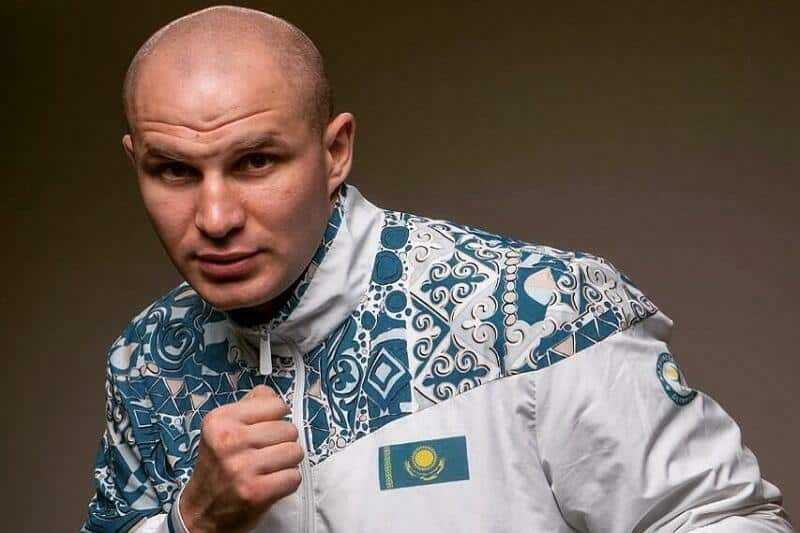 Henry Rivalta, who has guided Dychko’s run on US soil since 2017, said the powerhouse reminded him of a certain pair of Ukrainian legends.

“This kid is special wow is he BIG and can fight his a– off. He has tons of experience and has faced all types of talent from all around the world.

“He reminds me of the Klitchkos very quiet humble yet happy and professional. Smiles every now and then but overall just means business.

“I want to thank the Kazakhstan federation for trusting in us and want them to know we will surely make them proud. We will develop a first-ever heavyweight champion from Kazakhstan.”

Rivalta is certainly under no illusions of just how good Dychko can be, despite some pointing to his twelve amateur losses.

The top weight class is a much different place in a vest. Losing to the likes of Joe Joyce, Tony Yoka, Joshua, Sergiy Kuzman and Zhilei Zhang bears no shame whatsoever.

Mahammadrasul Majidov remains the only man to halt Dychko, but who wouldn’t like to see a rematch of that contest in the pro ranks?

It could even be a future heavyweight title fight.

For now. Dychko is concentrating on getting back in the ring over the coming months as soon as the doors open for him to do so after the pandemic.

We look forward to his return.