‘The Assassin’, who has held Commonwealth and European belts at Super-Featherweight, floored Gwynne with a right hand and then resumed his relentless assault to force the referee’s intervention.

“It means everything,” said Tennyson after the fight. “I stuck to the plan. I was told to be patient, move around, stick to my shots.”

Tennyson’s promoter Eddie Hearn said: “Hats off to Gwynne, massive respect. This is what we want at Fight Camp, thrilling fights. Tennyson always has the equaliser – he has dynamite in his hands especially at 135lbs.

“He is so exciting. I want to see him move faster. He’s done at British level. A great fight would be Patera for the European title. I love the Jorge Linares fight. What an entertainer, what a fighter, non-stop action.” 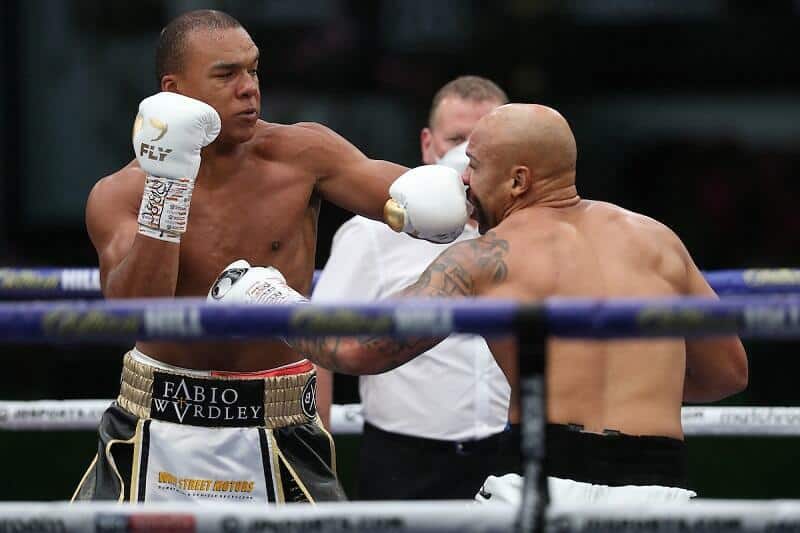 The powerful prospect was in the toughest assignment of his nine-fight career but caught Vallily with a big left hook then finished the fight with a flurry of blurring punches.

Wardley, who has been used as a sparring partner by Oleksandr Usyk, was far too athletic for Vallily to handle. When he staggered Vallily with a left hook in the third round, he immediately pounced.

“I started boxing just for a bit of a fun,” Wardley told Sky Sports. “I’m massively humbled and grateful. Near on punch perfect, I think I did pretty well. Round three, that was it, it was over.”