The boxing world was shocked last week with the announcement that Mike Tyson would fight Roy Jones Jr. on September 12 in an eight-round exhibition fight.

As WBN reported at that time, there were contrasting odds released on the boxing betting tips line almost immediately.

One bookmaker had Jones the big favorite. The other saw it wide for Tyson. Fans were licking their lips at the prospect.

Quite a contrast in views.

Now, a few days on, and with time to digest the fact that the contest is actually happening, oddsmakers are siding with Tyson. 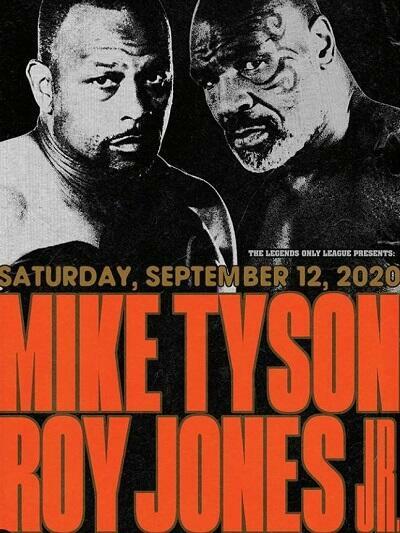 The big question is, are those fraction crunchers listening to the hype too much?

Videos of Tyson on social media have gone viral time and again. Whilst Jones has quietly gone about his business training the likes of Chris Eubank Jr.

One massive advantage Jones does hold over his fellow former pound for pound king is activity.

Despite fears over his safety in what is now being called ‘David vs Goliath’, the belief is that RJJ only has to get through the first minute of every round.

By that time, Tyson could be blowing hard at the age of 54 and be ripe for the picking for the remainder of the session.

Known for his speed, a more spritely Jones, 51, could be too elusive for Tyson, leaving money to be made for those who a willing to risk it.

Thirty-second bursts of punches are all good and well in the gym, but actually putting them into practice against Jones could be a different story entirely.

We all know Jones is susceptible to a hard punch, though. Enzo Maccarinelli proved that in Moscow five years ago.

Back then, Jones obviously thought Maccarinelli was way past his best. He didn’t reckon with the fact the Welshman was a puncher and that’s the last thing to leave any fighter.

If Tyson can catch Jones early, that would certainly be the key to success.

The differences between both men, coupled with their age, is what makes it all the more intriguing to witness.

It all goes down on September 12 in Los Angeles on Pay-Per-View as the dawn of a new legends era begins.

A three-hour live event airing globally on PPV and Triller, the Tyson vs. Jones fight is set for eight rounds and will be one of the multiple exhilarating fights taking place during the broadcast. This program will also include significant undercard matches as well as iconic musical performances to be announced in the coming weeks.