Boxing legend Manny Pacquiao may not fight in 2020 due to his ongoing duties in the Philippine Senate, according to manager Sean Gibbons.

Speaking to the Filipino Press Association to give an update on the current situation of the WBA welterweight champion, Gibbons was unsure of an appearance this year.

Pacquiao campaigned in January and July of 2019 and was scheduled to do the same in 2020. That was, of course, until coronavirus scuppered those plans.

With the end of July fast approaching and the 41-year-old with no sign of a title defense on the horizon, Gibbons says it’s simply a waiting game.

“There’s a possibility. But you got to remember, there’s a lot of things that have to happen. First of all, Covid-19 needs to rapidly get slowed down in the US or in Saudi Arabia, where we’ve had offers,” said Gibbons.

“The other thing is the senator’s schedule, again. You got to remember, his time to fight is generally July, January, July, January. This is due to his schedule in the senate.

“It’s too early still to tell if he will be able to return. We’re right in the heat of Covid-19. So everybody is really kind of in a holding pattern.” 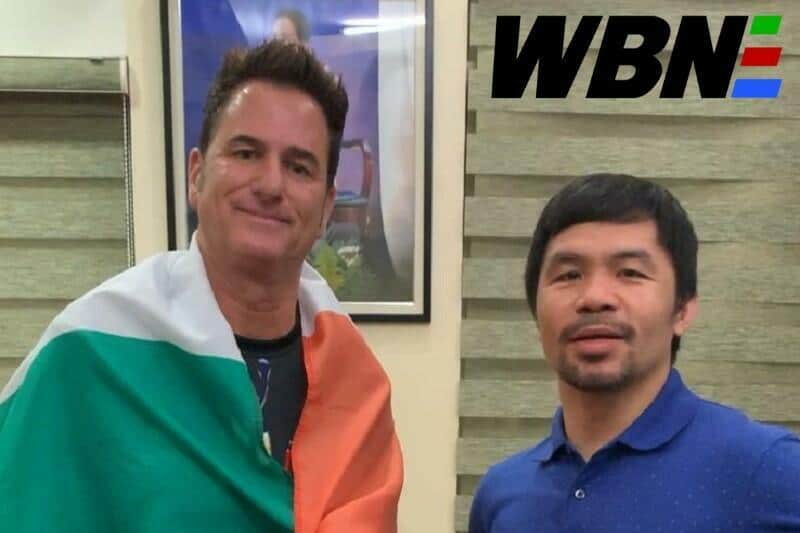 Asked what avenues are being explored, Gibbons concluded: “If somehow Saudi Arabia, who has shown great interest in the senator fighting there before Covid-19 hit. If they were to come around, that would be good for the Senator.

“He wouldn’t really have to miss that much time. As he does, having to come to the US.”

Defeating Adrien Broner and Keith Thurman in a stellar twelve months which earned him the WBN Fighter of the Year for 2019, Pacquiao was in line for massive unifications with Errol Spence Jr. and Terence Crawford.

Those clashes are now up in the air due to the ongoing crisis. It could see the veteran sit out the last five months of 2020 and return in January 2021.

By that time, Pacquiao will be 42 and fast running out of time to secure yet another Pay-Per-View blockbuster, possibly in Las Vegas.

If the US is out of bounds, the Middle East certainly comes into play. Or even China.