The magical mark of 50-0 reached by Floyd Mayweather during his amazing career is in further jeopardy of being completely out of sight.

Mayweather began selling merchandise of his 50-0 achievement, which overtook Rocky Marciano’s 49-0 mark when Conor McGregor was stopped in 2017.

But to Mayweather’s dismay, WBC minimumweight champion Wanheng Menayothin overtook him within a year.

Astonishingly in 2020, Wanheng announced his retirement, which would have left Mayweather four away from ever catching him.

According to Golden Boy President Eric Gomez, who commented in an interview with Sky Sports, Menayothin is ready to try to extend his achievement.

The Thai legend, who signed a promotional agreement with Golden Boy Promotions in 2019, was due to debut in the United States before the coronavirus pandemic outbreak.

Gomez moved to explain the situation.

“We learned that Wanheng was frustrated by inactivity due to the pandemic and was considering retirement. Then he talked to his people. He decided to continue boxing. 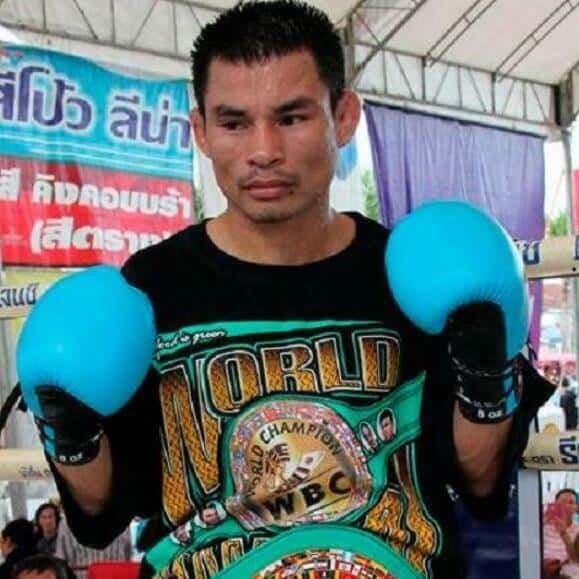 “We will support him. We really want to bring him to the United States. So that people can see how talented he is.

“Once we get back to action we can find him a fight. For now, we are happy that he has not retired. He is ready to defend the world title.

“When you have a fighter like him, with a remarkable record, it is very exciting. He really is an excellent fighter. The best in his division.

“People in the US will be very interested in seeing him fight.”

That interest Gomez speaks of is obviously more down to Mayweather than anything else.

Some will want to see Wanheng reach 55-0, 56-0, and more before stepping away unblemished. But on the flip side to that, Golden Boy also know one loss hands the record back to Mayweather.

It’s an intriguing scenario and one Oscar De La Hoya is keen to bring to US shores. Wanheng will be featured on DAZN sometime in the next few months.

As for Floyd Mayweather, there’s no chance of him ever bettering his 50- at this point. He’s now 43 and only looking at exhibition fights.

‘Money’ is in talks to compete in Japan with top promoters RIZIN once again, mimicking his 2018 appearance when he earned $9.9 million for one round’s work.