Promoter Oscar De La Hoya has sensationally been called out to fight a former employee world title-holder who is seventeen years his junior.

This means, if accepted, it’s possible De La Hoya could fight for the World Boxing Council super-welterweight crown – if approved.

Now, the WBC previously stated that they would be willing to sanction Mike Tyson at the age of 53 (recently turned 54). This means De La Hoya may be considered for similar.

Obviously, the chances of De La Hoya accepting those advances at the age of 47 are minute.

Although the Golden Boy Chairman does fancy his chances judging by a recent social media post.

“I can do some damage in the 154-pound weight class,” said the boxing legend.

Charlo, 30, was certainly on hand to remind De La Hoya who the champion in the division currently is.

“Oscar De La Hoya, I won’t scare you or try to make you stop. Come on, you ain’t been touched by this era,” pointed out Charlo.

Should De La Hoya be willing to risk his reputation twelve years on from his last fight, any event opposite his ex-Golden Boy star would have significant interest.

The pair are not on good terms and recently had a spat over De La Hoya’s handling of Charlo’s early career. Before the twin moved on to Premier Boxing Champions.

“We brought Canelo up from scratch, we brought Ryan Garcia from scratch. We promoted Deontay Wilder and got him to his first world title. (Jermell) Charlo, who was talking smack,” De La Hoya told Cynthia Conte in an interview.

“He doesn’t know that when you left us, or they (PBC) took you from us, yeah you were getting paid one hundred thousand dollars.

“But for fighting eight rounds, ten rounds and you weren’t even the world champion.”

“Back then I can tell how much value Oscar De La Hoya had for us. We ran in the category of ‘let’s build them up to tear down. But little did he know I was a conscious fighter, ready to prove my worth. “

“The risk was greater than the reward. His excuse is he had 100 fighters.” 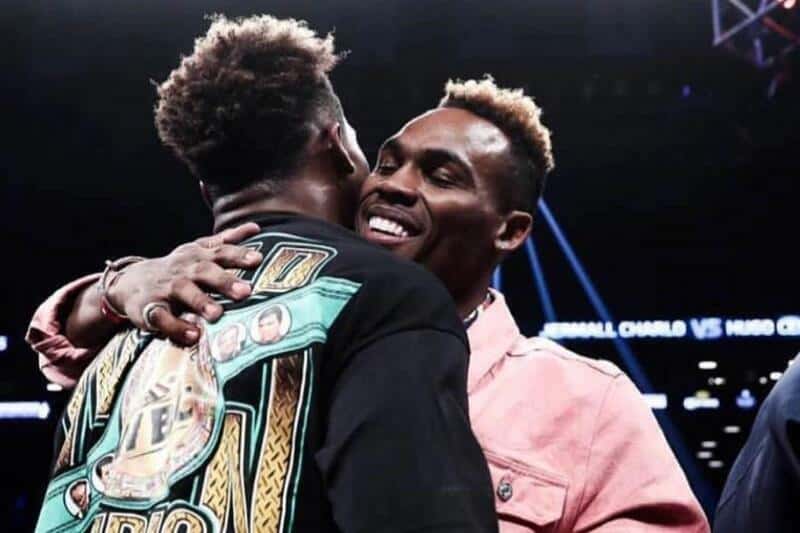 Also unhappy at the fact De La Hoya didn’t take on both him and his brother Jermall together, Charlo added: “I always wanted to be promoted by the same company alongside my twin.

“I was told the more I win, the bigger his chances of getting signed.

“They still never signed him. But he hopped on a few of the undercards because of me. It wasn’t enough.

“But just imagine what I dealt with personally when it comes to how my twin felt. It was only right I get the f— out of that s—. We had like almost 8-9 fight difference,” he concluded.