Boxing legend Manny Pacquiao has been called yet another name by his former opponent and ex-unified world welterweight champion Keith ‘One Time’ Thurman.

On the back of several labels, before they fought in July 2019, Thurman has once again branded Pacquiao with a less-than-complimentary offering.

Firstly, Thurman is attempting to land a rematch with Pacquiao after being dropped and defeated at the world-famous MGM Grand in Las Vegas.

Speaking on ‘The AK and Barak Show’ featured on Sirius XM, Thurman pulled no punches in trying to lure the ‘Pacman’ to fight again.

“It’s gonna be boring anyway, don’t see nobody. Come see me. You did it one time, let’s do it one more time. Do it another time.”

“It’s just action. I’m addicted to the action. I loved being in the ring with that hippity hoppity little speedy little punk. I want that action baby,” he added. 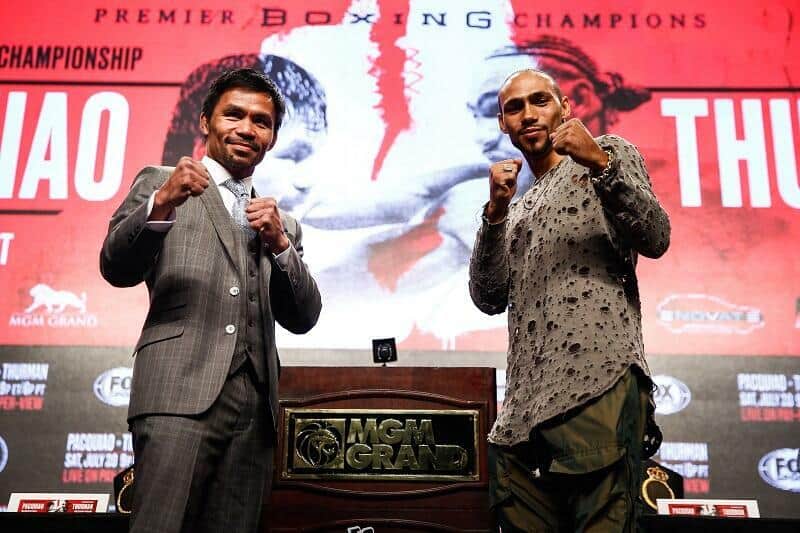 In the build-up to last summer’s blockbuster, Thurman had some more choice words for the Filipino Senator.

“He’s everything that I said he was. He’s a little bunny rabbit who hops around and jumps at you with them little T-Rex arms.

Judging by his latest words, Thurman won’t be landing a second chance at the eight-weight superstar anytime soon. It seems the 41-year-old has plenty of other suitors in the offing.

The likes of Errol Spence Jr, Mikey, and Danny Garcia. Plus Terence Crawford and Amir Khan are all ahead of the American in the pecking order.

Pacquiao is due to make a decision soon on whether to return in November or December this year outside of the United States. Or wait until fans return and fight in Las Vegas early next year.

Furthermore, Khan in the Middle East is a solid option if Pacquiao chooses the former.