Prince Naseem Hamed has a new future in the sport after watching over his son’s transition to the boxing gym under Dominic Ingle.

‘Naz’ was coached by Ingle’s father Brendan. He now wants his offspring Aadam to prepare for a possible pro run on the same turf.

Hamed was one of the best British boxers produced over the last twenty-five years. There are high hopes for Aadam.

The youngsters himself seems to be taking to pugilism like a duck to water.

“Enjoying my training so much at the minute,” said Aadam. “Surrounding myself with champs and future champs.

“Dominic Ingle, thanks for having us back at my dad’s old stomping ground.”

It’s not clear whether Hamed Jr. will be based at the Ingle Gym full-time, but it looks a promising partnership so far.

As part of an unprecedented era for the Ingle’s, Hamed came through the ranks alongside Ryan Rhodes, Clinton Woods, Junior Witter, and Johnny Nelson.

Three of that quartets, alongside Hamed, became world champions.

Rhodes eventually fought Canelo Alvarez and gave the Mexican a full twelve rounds. But ultimately, he came up short on the world stage.

A European title at super-welterweight was the pinnacle for Rhodes.

Woods fought Roy Jones Jr. and Antonio Tarver during his tenure. Losing to both either side of an IBF light-heavyweight title victory.

As for Witter, ‘The Hitter’ missed out on his dream fight with Ricky Hatton but did claim the WBC welterweight title before losing to Timothy Bradley.

Nelson, who lost many times during his time in the ring, won the WBO cruiserweight title and defended it many times.

Trumping the lot, Hamed became one of the best pound for pound fighters on the planet and cracked America in a series of HBO blockbusters.

His ring walks along were the stuff of legend. 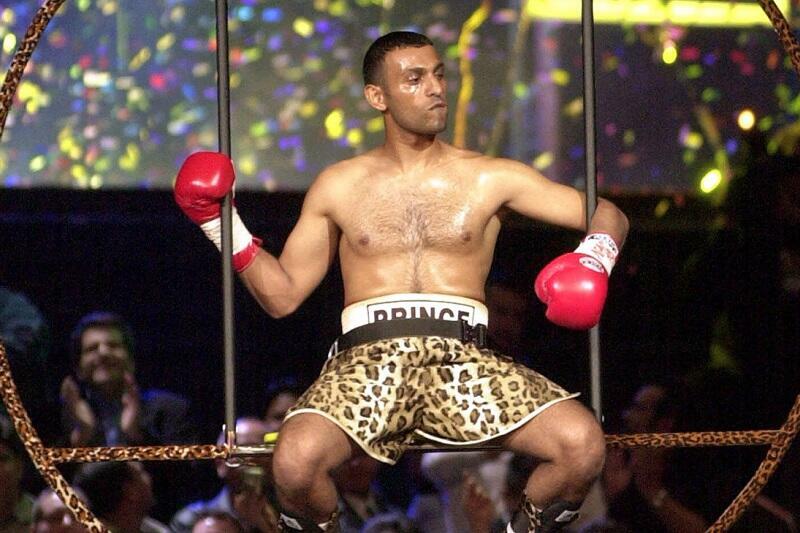 Aadam has a lot to live up to. But with his dad’s good lucks and a growing Instagram following amongst the ladies, the sky could be the limit if he has the talent to match.