Floyd Mayweather has been training hard ahead of a confirmed return to action in 2020. The former pound for pound king is in talks with RIZIN about starring in another event.

The last time Floyd participated on a RIZIN card in Japan, the 43-year-old demolished Tenshin Nasukawa in just one round.

Mayweather revealed before the weekend that plans are not afoot to make another trip to the Land of the Rising Sun.

“Soon I’m going to hop on my jet to Tokyo, Japan for a meeting with my partners and Rizin for something this year 2020. Stay tuned,” said Mayweather.

Advisor Leonard Ellerbe has revealed Mayweather has been clocking up the miles and staying sharp in the gym, ready for any challenge.

“Since retirement, nothing has changed. This weekend he ran eight miles Saturday and Sunday. He was in the gym through the night,” stated Ellerbe prior to the official announcement of Mayweather’s comeback.

Ellerbe added: “It’s a constant grind with tremendous sacrifices and everybody ain’t built for it.” 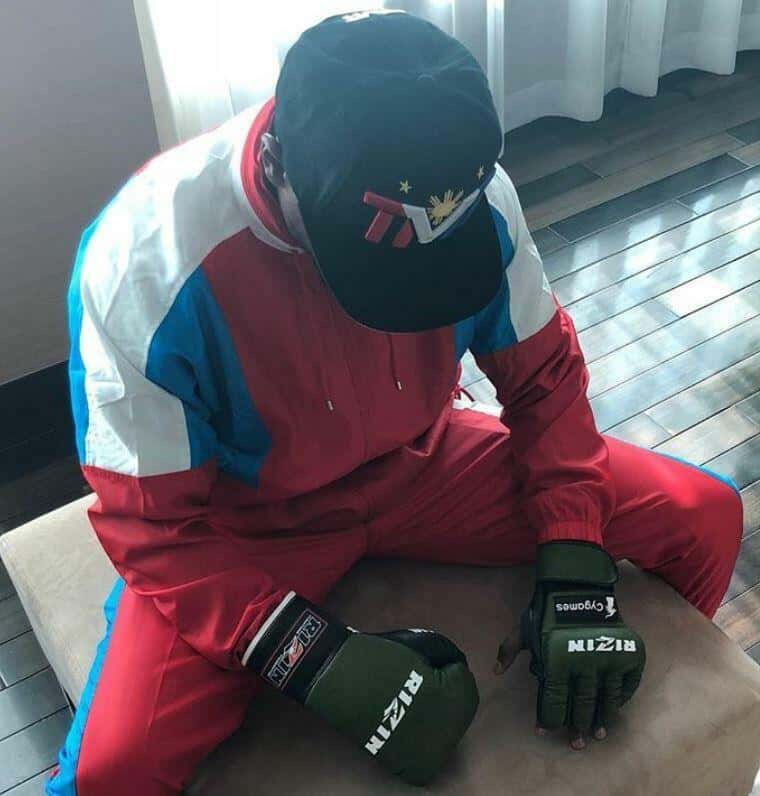 Meanwhile, on Floyd Mayweather consistently being mentioned in the media in comparison to up and coming boxers, Ellerbe was unhappy.

He said: “Some fans/media/promoters need to stop putting pressure on these young men on being the next ‘Floyd’. There’s only one Floyd, period!”

Who Mayweather will now face is anyone’s guess as a battle with Manny Pacquiao seemingly falls apart with this latest plan.

MayPac 2 was the most likely collision for many, many months. It even led to Pacquiao putting his own career on hold for Mayweather.

This latest detour will surely not be good news for Pacquiao, who will possibly move on to the likes of Mikey or Danny Garcia later in 2020.

As for the ‘Money’ man, he stands to pocket another eight-figure check courtesy of RIZIN bosses.

They’re not shy at handing out big paydays to Floyd Mayweather just to make an appearance.

No matter how brief.