WBN decided to take a look at the current top division landscape in more detail over the last few days ahead of the crowning of an Undisputed Heavyweight Champion.

Firstly, one of the major players in the 200 pounds plus weight class could conceivably be in possession of all the major titles in the next eighteen months.

Due to mandatory obligations and already contracted agreements, there are seven title holders or contenders already in the picture.

This means only one more participant needs to be confirmed before we have an inadvertent World Boxing Super Series-type event on our hands.

First of all, kicking off the competition will be Dillian Whyte vs Alexander  Povetkin in what becomes the first quarter-final.

Here’s how the brackets will break down: 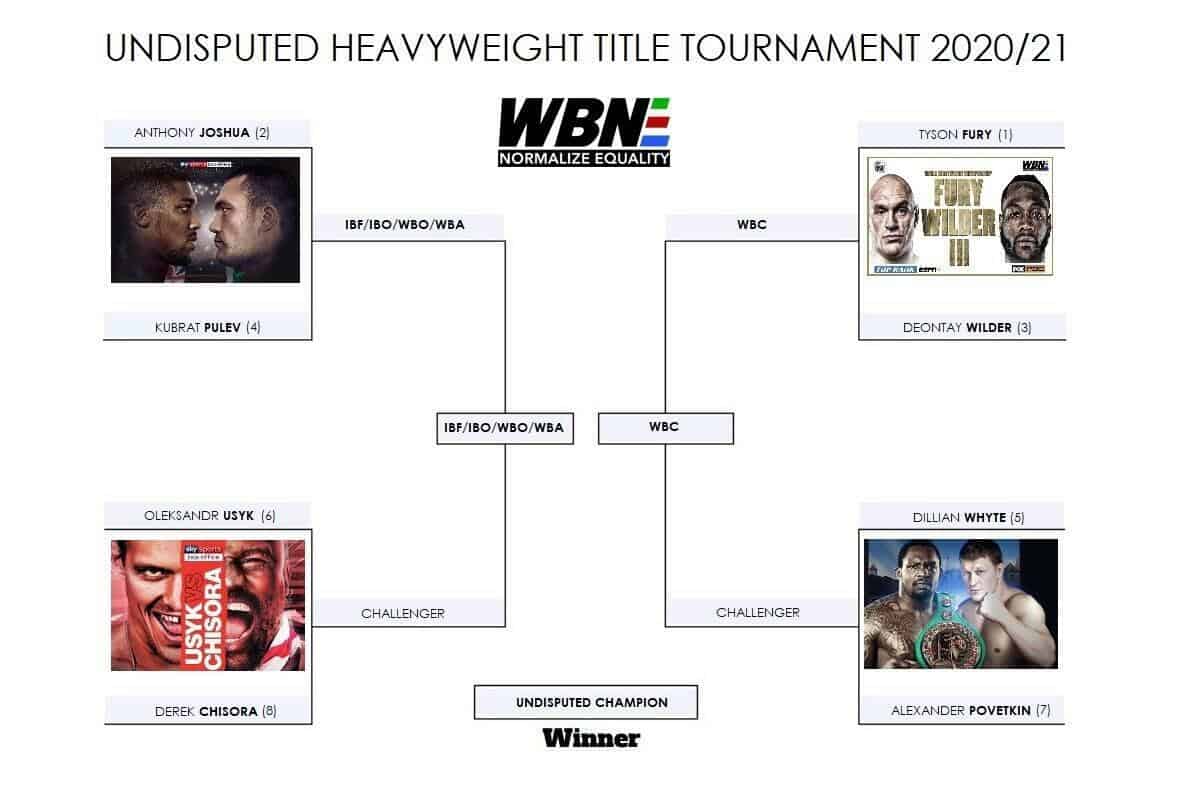 Due to Joshua’s IBF and WBO stipulations, the Briton must face Pulev before Usyk. This means Usyk vs Chisora becomes one of two final eliminators.

Fury vs Wilder III is already contracted for 2020 or early 2021. As confirmed by the World Boxing Council, Whyte must challenge the winner.

This also sees the Povetkin clash in Eddie Hearn’s back garden become a second elimination.

Joshua or Pulev then meets Usyk or Chisora in the first semi-final. Fury or Wilder takes on Whyte or Povetkin in the other.

Eventually, and hopefully – by late 2021, the quarter-final and semi-final victors will collide in the first undisputed heavyweight title bout in two decades.

Lennox Lewis, the last man to hold all the marbles and be crowned king of the division, could possibly be drafted in to hand the champion his prizes in the finale.

The last few months have been tough for everyone involved in sport, but especially boxing fans. Therefore, having this sort of competition to look forward to is just the tonic we all needed.

All we need now is for the promoters involved to allow the tournament to play out and not risk losing any belts along the way.

It should be some ride.

(according to WBN ratings)