Tyson Fury will face no action over glove allegations after a member of the Deontay Wilder team made accusations of wrongdoing.

Wilder’s younger brother Marsellos took to social media to state that Deontay suffered injuries ‘no caused by a glove or fist’ in their February rematch.

Even mentioning a ‘blunt object’, Marsellos’ words were taken by several YouTube conspiracists as gospel and circulated widely in videos.

Even a repost from BT Sport, who put out evidence of Fury having his hands wrapped in the dressing room wasn’t enough to deter the theories.

But Fury has been cleared by the World Boxing Council, the organization that sanctioned the contest.

Without any co-operation from the WBC, the Nevada State Athletic Commission is unlikely to act either. 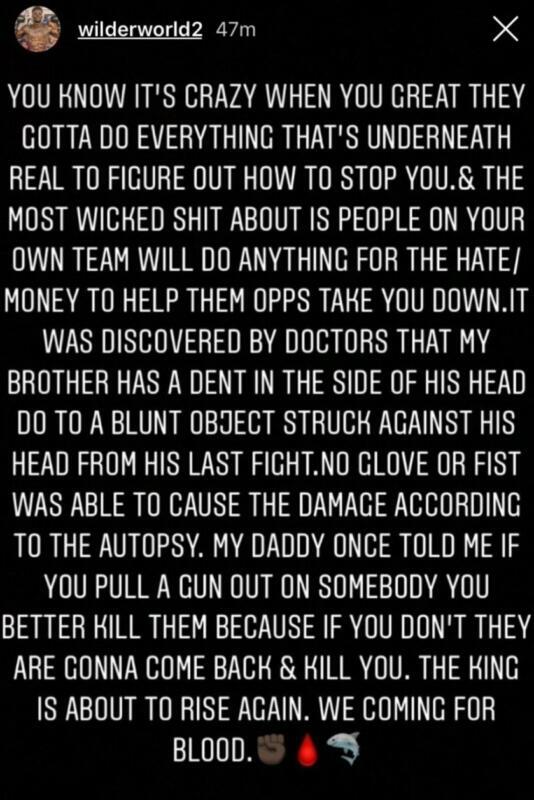 Speaking on the matter, WBC President Mauricio Sulaiman said the very notion of Fury cheating would not be contemplated.

“One was in California, the other one was in Nevada. In both cases, there were at least three inspectors in each dressing room.

“I was there before and after the fight. And I saw the hand wraps, I saw them with the gloves. I was in the ring when they came into the ring, and I was sitting right there during the fight.

“At no moment, in either fight, I saw anything that would look suspicious whatsoever.

“After the fight, they take off the gloves, they are handed to the commission.”

Concluding by condemning those who are spreading the news, Sulaiman stated: “It’s very sad.

“To try and take away something from a huge victory, one of the greatest nights of the sport in the century, to try and put a blemish on that event, is so irresponsible and so stupid.

“It should not be given any consideration.”