After what will have been an agonising wait of 118 days for British boxing fans, Frank Warren and Queensberry Promotions are delighted to say that boxing is BACK.

Plus hot prospects Mark Chamberlain and David Adeleye make their returns in their respective weight divisions.

That’s not all the fight week action that’s on offer though.

Queensberry Promotions are pleased to present a schedule of socially distanced content for boxing fans as we all begin to navigate this new era for the sport.

Added to that, comprehensive weigh-in coverage.

Also, a final interview with the boss before boxing gets back to work on Friday 10th July at 7pm, live only on BT Sport.

Full details of the Fight Week schedule can be found below: 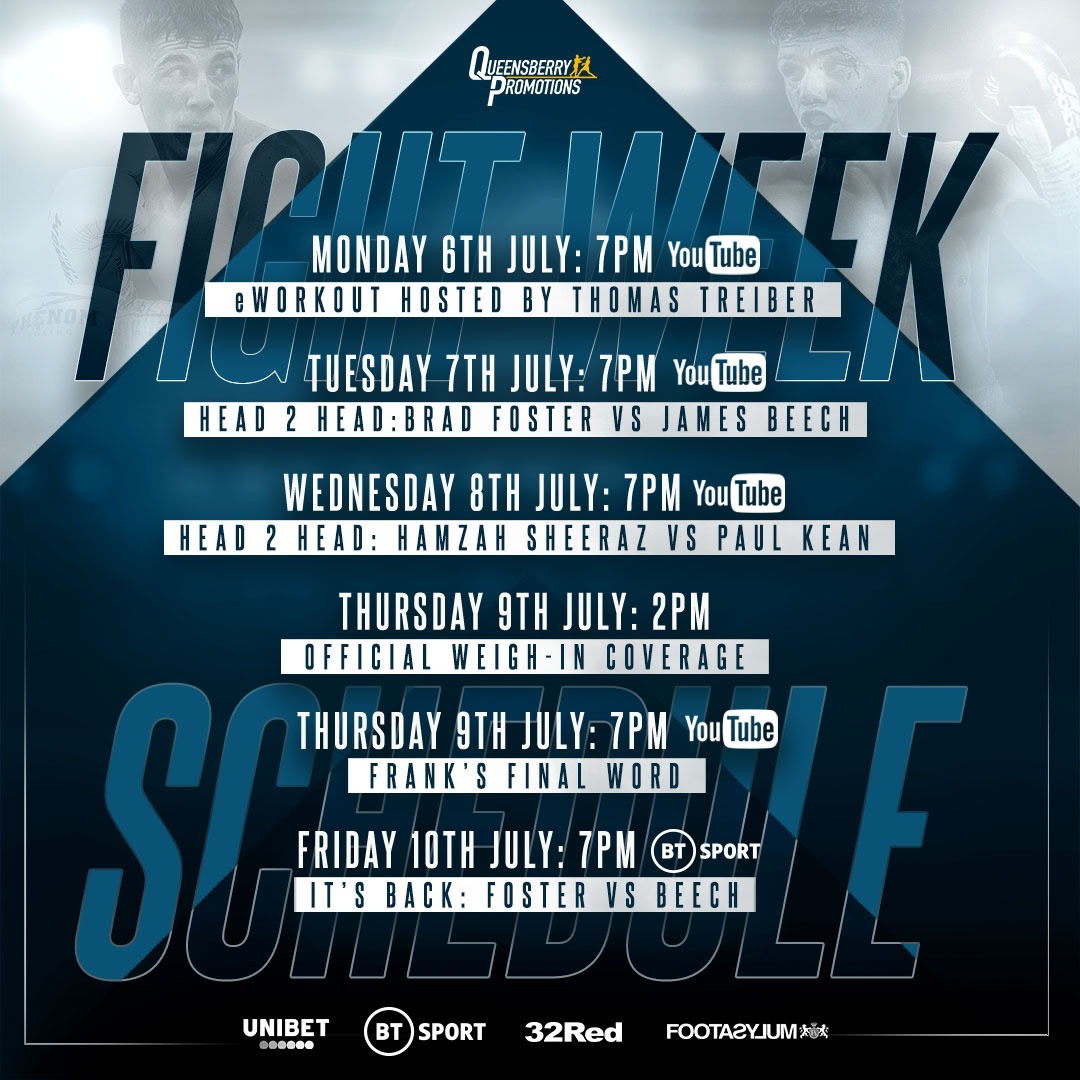