The origins of the recent Manny Pacquiao vs Amir Khan knockout story came directly from the history pages of the Wild Card Gym in California.

Dean Byrne, a former member of the Freddie Roach stable back in the day, kicked off the rumor Khan later denied.

One thing Byrne had stated at the same time, was that Khan would have no chance of beating Pacquiao if they did fight.

“Pacquiao would have knocked him out back then, yesterday, today or tomorrow. Pacquiao would knock him out forever,” Byrne told Sky Sports.

“Khan is much faster than Pacquiao. But the power that Pacquiao poses? There is nothing in Khan’s punches. When Pacquiao hits you, you know it.

“It’s like a cap gun when Khan hits but it’s like a machine gun when Pacquiao hits.” 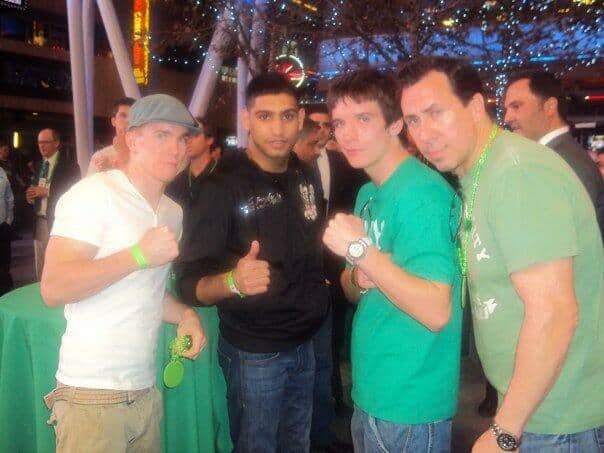 Back in September 2019 when reports swirled of a fight on November 8th, Khan said: “Listen, there’s been no contact from anyone in Manny Pacquiao’s team. As far as I’m concerned he’s all talk.

“He hasn’t contacted me. but if an offer comes I’ll deal with it at the time. If no good offers come in then I’m probably looking at fighting early next year.

“If Pacquiao wants to come to the table and stop stringing me along then I’ll consider it when he does. But right now, he’s all talk on us fighting each other.”

In April of this year, Khan remained interested if Pacquiao came to the table.

“Manny is a great champion, a great fighter and a friend of mine as well. Even though we tried to get a fight on, at the end of the day it’s a business.

“It could be a long time. Is he going to come back, we don’t know now. I know he has a lot of options out there. Who knows?”

“Senator Manny Pacquiao is fighting right now! He is fighting the COVID-19 in the Philippines for the lives of his Countrymen, women, and children.

“After that, he has a lot of boxing left,” he added.