When frustrated Floyd Mayweather called out The Klitschko brothers

World Boxing News looks back on the time Floyd Mayweather was so frustrated with the level of competition he was facing, the welterweight wanted to fight at heavyweight.

After beating Victor Ortiz back in 2011, Mayweather took to the microphone to challenge the all-conquering Klitschko brothers.

Vitali and Wladimir were reigning supreme in the top division at the time. Although they were far from setting the world alight.

Mayweather had the audacity to call them out when the whole world wanted a super-fight with Manny Pacquiao.

We pick up the original Floyd Mayweather story from 2011 below:

Floyd Mayweather has jokingly offered to move up to heavyweight to take on one of the Ukrainian world champion Klitschko brothers after his latest win over Victor Ortiz. 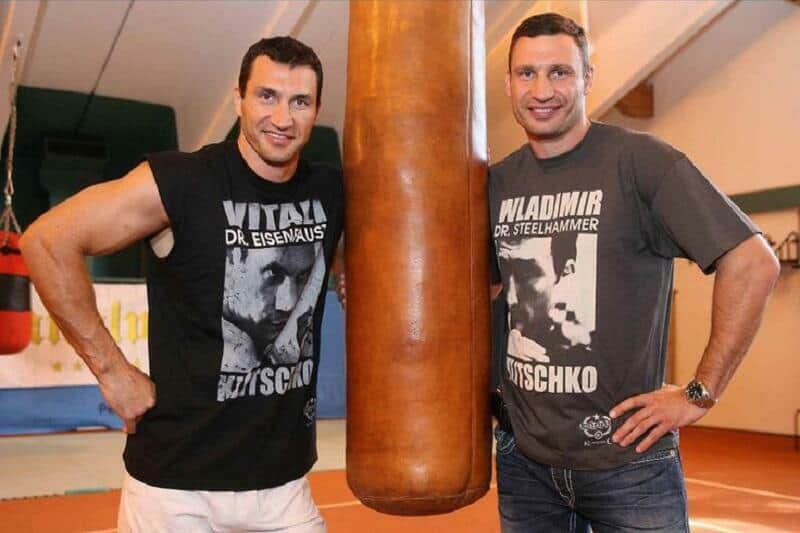 ‘Money’ has now admitted he is frustrated at not being challenged by other fighters in the welterweight division. He said, tongue-in-cheek, that he may blow up to heavyweight to challenge WBA, WBO and IBF champion Wladimir or WBC belt holder Vitali.

“I’m tired of beating up these guys. I’m thinking of moving up to the heavyweights and fighting the Klitschko brothers,” stated Mayweather, who has one major challenge left at 147lbs that the whole boxing world hopes will happen in 2012.

A fight between the brash American and the ballad-singing Filipino Pacquiao, 32, would be the highest-grossing fight of all time. It would finally decide the pound for pound best fighter of this generation as most lists disagree with who is number one.

With 140lb champion Amir Khan moving up in 2012, it would give Mayweather another option.

Furthermore, either of those fights would receive warm receptions from fight fans. Both would assure the 147lb champion of another huge payday.