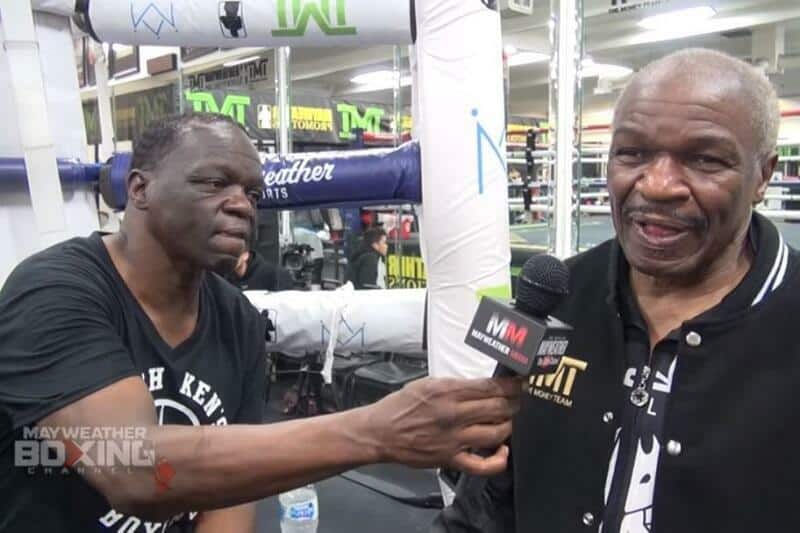 Floyd Mayweather Sr. gave a scathing assessment of Tyson Fury and Deontay Wilder after the pair shared the ring in Las Vegas earlier this year.

In a video only recently uncovered by WBN, the experienced trainer was not happy after watching the pair trade blows at the MGM Grand.

WBN walked side-by-side with Mayweather Sr. as he exited the arena after the fight. Senior signed autographs and gloves, having plenty of time for the fans -as always.

But days later speaking to The Mayweather Channel, Floyd Mayweather’s dad didn’t have many nice things to say about either heavyweight.

“Well, I betted on Wilder but he showed me a lot of s*** that he didn’t know,” said Mayweather Sr.

“A lot of people have been asking me to train him. But I don’t know if he can be fixed.

“There’s a lot of things he’s got to do that I know that he doesn’t know.”

Adding Fury into the mix, Mayweather continued: “Neither one of them really looked like nothing where somebody can come out and really tear up someone.

“Wilder looked (bad). I don’t know about those fights. Them guys just ain’t got it.

“I liked Wilder at first. But now I ain’t got nothing to say about him except he’s a piece of trash.”

‘The Bronze Bomber’ has already been written off as a third fight with Fury approaches. A move many in the United States are fearful of.

Wilder has one of the biggest blows ever seen since the days of Mike Tyson. Everyone knows the last thing to leave a boxer is his power.

As in the first contest, Wilder proved he can land on Fury’s chin. If he can regain the form he showed prior to the 2018 battle and in 2019, you’d have to give him at least that puncher’s chance.

Though Mayweather’s words a harsh, they will be water off a duck’s back for the 34-year-old. Wilder will be fully focused on regaining his WBC crown come round three with Fury.