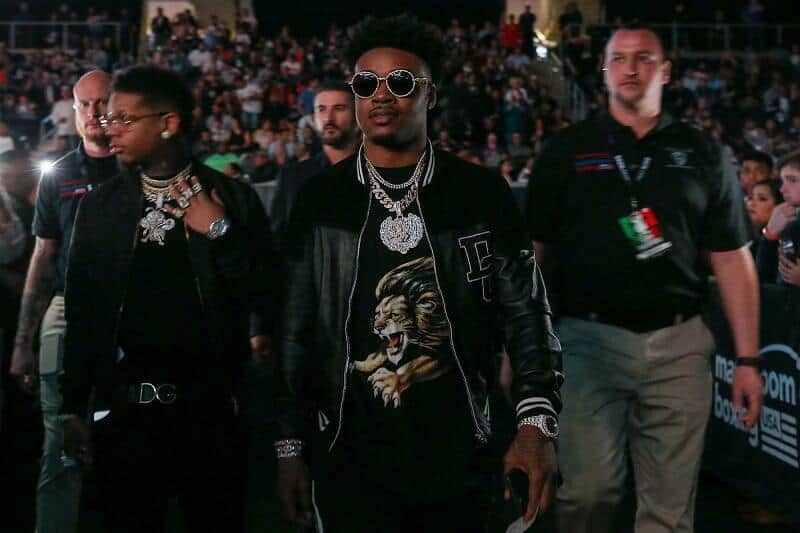 Errol Spence Jr. has vowed to face Terence Crawford before he moves up in weight and also wants to fight eight-weight legend, Manny Pacquiao.

Boxing’s unified champion appeared as a guest on the Last Stand Podcast with Brian Custer recently where he spoke about varied subjects.

The IBF and WBC welterweight ruler discusses what he’s been doing during the pandemic, how he has begun training and has fully recovered from last year’s horrific car accident.

Spence also talks about how the accident has changed him as a fighter and a person.

He talks in-depth about his boxing future and gives the names of his next three opponents.

Spence guarantees he will defend his titles and fight this Fall.

SPENCE ON HIS FIGHT THIS FALL…

SPENCE ON NOT TAKING A TUNEUP FIGHT THIS FALL…

“I don’t need no tuneup nothing I’m a shark so put me in that deep water where I belong. That’s where I belong don’t put me anywhere in the pool.

“Put me in my natural habitat. I already told Al (Haymon) I can get my feet wet with the top guys.”

“I don’t want to leave 147 without fighting Terence Crawford. ”

THE LESSON HE LEARNED FROM HIS CAR ACCIDENT…

“For me, it was a get back on the ball and heed the warning!  I mean that was a big warning because that should’ve been fatal.”