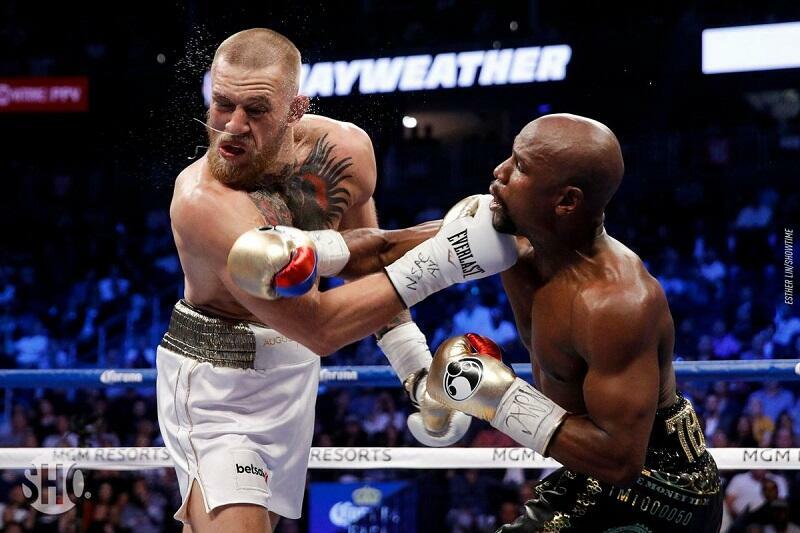 Floyd Mayweather vs Conor McGregor currently stands as the second-biggest fight in the history of our great sport – a tough pill for some to swallow.

But for a lot of respected boxing people, including Hall of Fame commentator Jim Lampley, Mayweather sold out for the money.

Lampley, who worked for Showtime rivals HBO, claimed the Floyd Mayweather vs Conor McGregor SHO PPV fight was pre-arranged. At the time, he was convinced Mayweather allowed McGregor to win the first three rounds in a bid to make sure he could make more money with a second outing.

That rematch never panned out despite constant rumors since then.

Mayweather pocketed a massive nine-figure sum when stopping McGregor on August 26 of 2017. He then rode off into the sunset with a 50-0 record.

‘Money’ may still be on his way back despite persistent denials. Even Lampley’s post-fight prediction of Mayweather v McGregor II still in the balance.

“Why should (Floyd Mayweather) retire? He created a marvelous scam with this whole thing,” Lampley told TMZ. “He allowed Conor to quote ‘win’ three rounds. This is so that the whole global MMA wish community could have something to latch on to.

“I think there’s a decent chance there are enough suckers out there Floyd could maybe make another $150 million. Why not? It’s all a set-up.”

Boxing fans were unhappy about McGregor’s skill in the boxing ring after forking out $99.95 to watch what was an easy win for Mayweather after those initial few rounds Lampley spoke of.

Add to that the fact Mayweather revealed he hardly trained for the contest in the first place and it’s tough to see how a second clash could make it off the ground without some sort of rule change.

McGregor is a beast in the octagon, so other than Mayweather agreeing to fight MMA rules or allowing ‘The Notorious’ to use kicks, the former pound for pound king would struggle to reach anywhere near the 4.4 million buys of the first contest.

There may be more teeth in Mayweather vs Pacquiao II.