A recent statement by Floyd Mayweather is good news for Luke Campbell vs Javier Fortuna as the fight is now set to be for the WBC title.

The boxing great has taken a young champion under his wing in a bid to take the talented WBC ruler onto the next level.

Mayweather has imparted and passed on some of his Lifetime of boxing wisdom to WBC Lightweight champion Devin Haney.

The retired 50-0 multi-division legend recently declared his intention to become a trainer and has posted some videos teaching his young relatives the basics.

Floyd Mayweather held the WBC lightweight title in the past, Devin Haney holds it now.

Tt appears 21-year-old Haney has capitalized on this and linked up with Mayweather for a session at his iconic Las Vegas gym.

Explaining his new career move, Mayweather said: “As many of you know, I’ve had incredible trainers which included my dad and uncle.

“Due to the recent passing of my Uncle Roger, I’ve felt inspired to help those around me. The same way they have been there for me throughout my boxing career.”

Mayweather has admitted Haney will no longer defend his WBC crown at lightweight. This means Campbell vs Fortuna should be for the full vacant belt as previously planned. 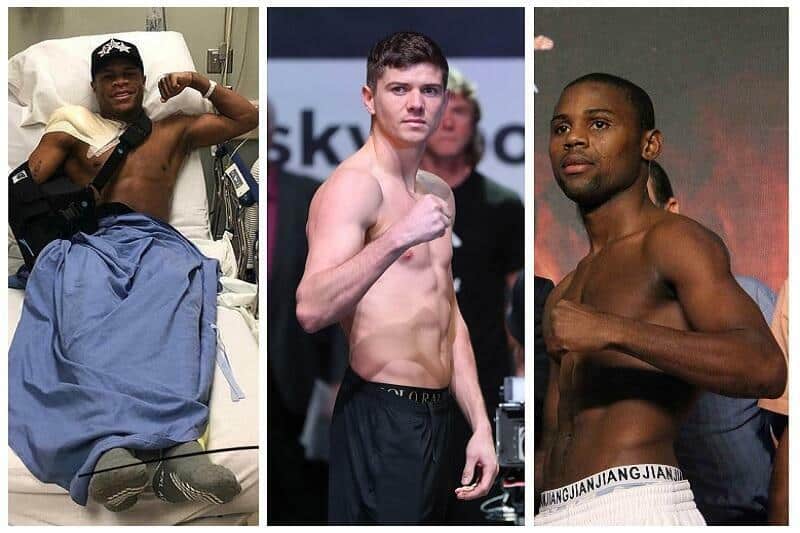 “The thing I like about Devin Haney is that he is willing to do whatever it takes to be great. I encourage all young fighters to do the same.

“It’s obvious that I’m giving back this world. It’s a black kid that asked for my advice. He asked for my help. Haney don’t need to fight one more fight at 135. He’s going to 140.”

Due to the Coronavirus Pandemic that has plagued the world, boxing will have to change in many aspects and for an indefinite time.

Boxing cards will have to be held behind closed doors. This will lead to reduced purses. There will have to be a reduction in commissioners and rigorous health protocols.

The smallest promoters and fighters in four and six rounds will be the most affected. The WBC is already working on a program to help these fighters with a fund promoted by giant promoters.

Even though at this time the WBC does not have any world championship bouts on the doorstep, the idea of promoting distance judging is maintained.

This is to reduce expenses for promoters, in addition to continuing to support promoters in their needs.