Martinez, 23, was the 2020 Olympic Trial Champion at middleweight, but has decided to turn professional under the guidance of Split-T Management’s Tim VanNewhouse.

A five-time National Champion, and the number-one ranked fighter at 165 pounds in the USA Boxing Rankings, Martinez’s selection as an Olympic alternate despite his victory at the trials and various international experience caused shock-waves through the amateur system.

“Being a casualty of the new Olympic selection process just makes me that much more determined. I am going to show, time and time again why I was deserving of that spot. That said, I am excited to turn professional, and this is the perfect situation. Tim came at me with a good plan for my future and I have a great feeling about him and the whole Split-T family,” said Martinez.

The son of Mexican immigrants from Palos Altos, Jalisco, Martinez began boxing at the age of eight after following his older brothers into the gym. 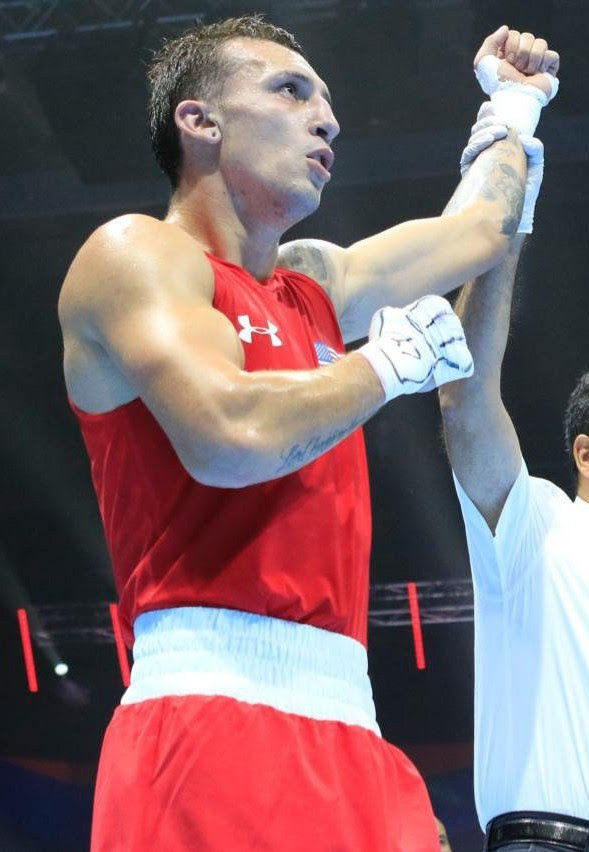 “I want to make something big out of boxing, and provide a better life for myself and family – especially my son. At this point of my life, I feel that Split-T will move me the right way and guide me into becoming a world champion.”

A Milwaukee-native, Martinez is now training in Las Vegas, Nevada under the tutelage of renowned trainer Jorge Capetillo, and is expected to make his debut at Super Middleweight within the next couple of months.

“Javier has good physical attributes as he stands 6’1”. He has a fan-friendly, pressure style, who stalks his opponents behind a tight defense with well-selected combinations. He enjoys investing in the body, and shows a nice blend of aggression and power.

“Javier is a fundamentally complete fighter with balance, power and mobility. That is why there were so many people trying to recruit him. Javier’s the type of athlete that will be placed on a fast track and debut in a six-round bout. He will soon be paired with one of the best promoters in the world, and I can’t wait to see him on TV soon,” said VanNewhouse.