The family of respected movie producer and agent to the stars, Craig T. Rumar has reacted to a recent publication on WBN surrounding Sylvester Stallone.

Quoting an interview Stallone did with Variety Magazine last year, WBN documented how the Hollywood star was upset at being forced to sign away any rights to the ‘Rocky’ franchise.

Touting a script around studios about a failed boxer-turned leg-breaker, Stallone was looking for someone to show faith in his beloved project.

Stallone wanted to be the face of the film due to writing it himself, leading to many companies turning down several pitches by his then-agent Craig Rumar and his business partner Larry Kubik.

Taking exception to Stallone’s complaints about the deal he was eventually given by Chartoff-Winkler productions, which Rumar and Kubik negotiated and was standard for the time period, the family of the former have now spoken out.

Outlining to WBN that they initially contacted Variety without success, son Chris wanted their side of the story put forward.

In response to those royalties, of which Stallone stated he would have liked at least 1% to leave to his own siblings, Chris wants the record to show his father Craig secured the best available outcome.

To get the original Rocky made in 1975, Rumar, who passed away in 2017, had to work hard for what they eventually could get over the line.

As it turned out, Sylvester Stallone was paid a flat fee for his parts as actor and director in the first three movies. Eventually able to broker better terms for Rocky IV, V, and VI.

Furthermore, Rumar certainly did all he could to see a completely unknown artist fulfill his dream of landing the lead role in a $1 million dollar movie.

“My father, alongside Mr. Kubik, ran a successful talent agency called Film Artists Management Enterprises (FAME) through the 1970s and into the early 1980s in Hollywood,” Chris explained exclusively to World Boxing News. “Mr. Stallone was but one of the many clients they represented.

“It was only after his passing that Mr. Stallone began his ‘tour’ of complaining about how he got screwed on the Rocky franchise.

“Out of respect to my father and his memory, I have made it my personal mission to respond to every article and interview that Mr. Stallone does when he dithers on about his alleged lack of royalties for the Rocky franchise.

“In both the Variety interview and your article, Mr. Stallone fails to mention the work and efforts of my father and Mr. Kubik to get the movie Rocky produced.

“There are some key facts missing from what has been covered on this issue as at the time, Mr. Stallone was a washed-up actor in his late 20’s when FAME agreed on a deal to represent him around 1974.

“Finally, after many tries, my father got a meeting with Chartoff-Winkler, to see if there was any interest.”

He continued: “Chartoff-Winkler were the only producers who would agree to let Mr. Stallone star in the film.

“By Hollywood standards, this was very rare. An unknown actor being permitted to star in a movie that he wrote the script to – this was unheard of at the time.

“My father and Mr. Kubik advocated and fought for Mr. Stallone and his demands to be the star of Rocky.

“Despite this fact, Mr. Stallone has never once acknowledged the fact that his agents got this deal for him. He acts like it was all his efforts with the producers. This is completely false! 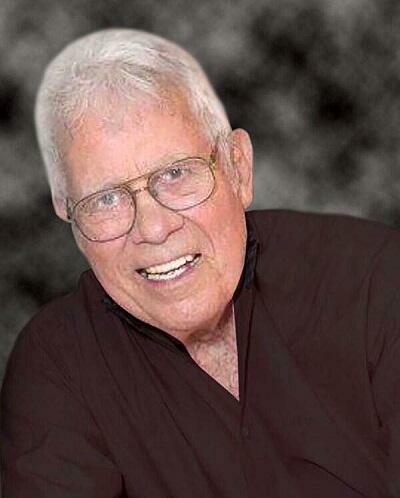 “My father and Mr. Kubik got Mr. Stallone the best possible deal for the script and starring role in Rocky through Chartoff-Winkler. Mr. Stallone had no negotiating power.

“At that time, he was a C level actor who got lucky and wrote a great script. In Hollywood, new and unknown actors have no leverage to earn royalties. That’s not how Hollywood works.

“For Mr. Stallone to allege he was basically cheated out of future royalties is preposterous. Film making is a highly risky endeavor and comes with no guarantee of a franchise.

“Mr. Stallone was in no position to make any demands other than to receive the standard contract rate for starring in a film and writing a script circa 1975.

“In 1974-1976, he was literally a starving actor in Hollywood when FAME agreed to represent him.

“My father and Mr. Kubik on repeated occasions helped Mr. Stallone and his wife with rent and money for food.

“My father even mentioned to me that they helped pay some of his hospital bills after his first child (Sage) was born in 1976.

“Not once to my knowledge has Mr. Stallone ever acknowledged these acts of kindness by father and Mr. Kubik.”

Nancy Rumar, the wife of Craig for more than 25 years, added her view.

“Rocky made Sylvester Stallone a very rich man. I have never seen a Rocky movie and nor will I,” she told WBN.

“I guess what he is upset about is that he doesn’t own all of it, and yes I agree with that. But nonetheless he became rich off of it. Therefore, he is just ungrateful and greedy.”

Phil Jay is Editor of WBN. Furthermore, an Auxiliary member of the Boxing Writers Association of America. Follow on Twitter @PhilDJay