Former world heavyweight champion Mike Tyson is returning to boxing in some capacity, whether it’s for a move around for charity or something a little bit juicer.

Dominating the headlines again, Tyson is now the most Googled name on the planet. Yet some have decided to take a sour stance to the legend.

The move by Tyson to place himself back in the boxing limelight has been welcomed by probably ninety percent of fans and personnel alike. But mainly from the UK side of things, derogatory comments have begun leaking out.

Pugilism in the UK and other similar countries, is notorious for whinging and trolls, something that once again has come to the fore – even for a figure like Tyson.

Not seeing things in the context they are, where Tyson may just want a non-dangerous move around with one of his old enemies, those in Britain have to stick their oar in and put a dampener on it.

Yes, Mike is 53. But do we care? –  No, we don’t. If Mike Tyson wants to appear in front of a crowd with a pair of boxing gloves on and do whatever he wants – even juggling – who is anyone to even judge? 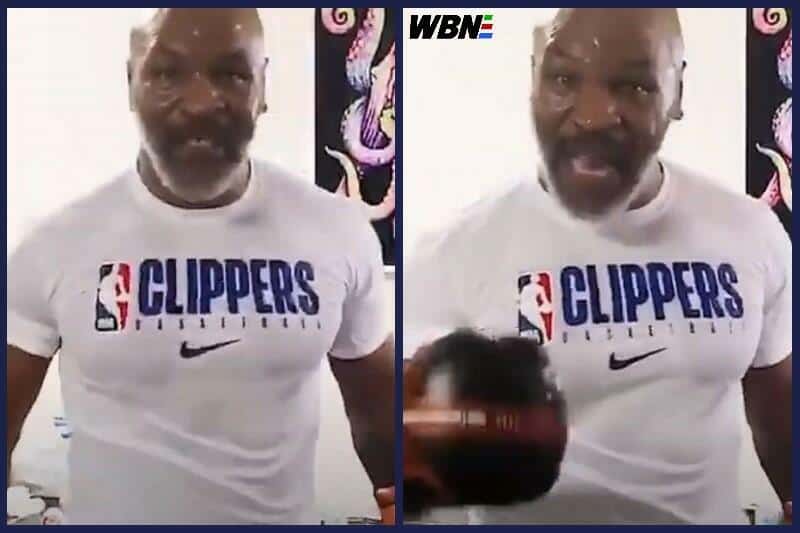 Once again, the UK is at the forefront as a breeding ground for negativity.

Mike Tyson has given fans a distraction during one of the worst times in human history. Even if he doesn’t come back, it’s doubtful anyone would care.

It’s simply a welcome subject to immerse yourself in and reminisce about the past – if anything.

Anyone who even suggests Tyson would be looking for anything other than an exhibition. And those who want to point out what a car crash Mike fighting again would be should keep their comments to themselves.

Tyson, and indeed Evander Holyfield – his potential opponent, are both doing a gracious thing in giving proper fans the opportunity to see them back in the gym – at the very least.

Therefore, anyone who wants to take potshots at Mike needs to take a long look at themselves. Potentially take a step back from the sport to assess themselves.

Mike Tyson is not making another run at the heavyweight title. He’s training in the gym and looking at a celebrity boxing-style event.

To suggest anything else is beyond a joke.

If you don’t have something good to say, keep it to yourself.

The views expressed in this article are that of the Editor, Phil Jay. Auxiliary member of the Boxing Writers Association of America. Follow on Twitter @PhilDJay