Former world heavyweight champion Joseph Parker has once again hit the nail on the head as the boxer continues to entertain the masses on lockdown.

The New Zealander, currently staying at home with his family, has been dishing up stellar clips over the past few weeks.

Parker may just have surpassed himself due to his hilarious take of the 1980s classic ‘Back to the Future’.

Complete with Doc Brown, Marty McFly, Biff, and George, Parker plays all the parts and includes every major scene possible.

Using a golf cart as the famous Delorian Time Machine, Parker even had some special effects added courtesy of video director Kerry Russell.

BACK TO THE FUTURE 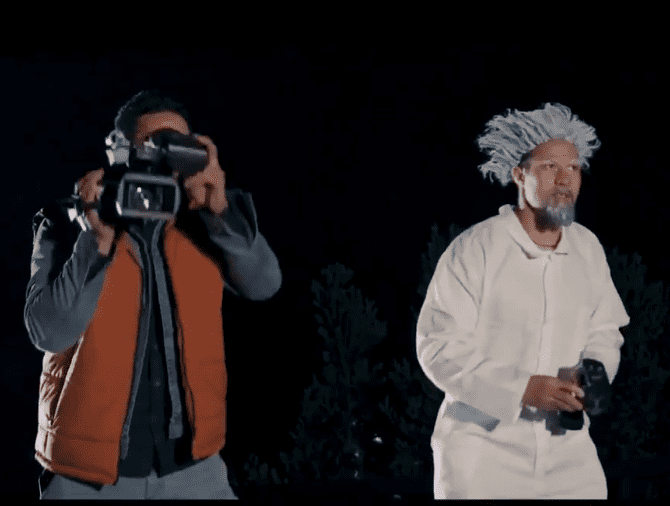 As New Zealand begins to ease quarantine measures having all be controlled the coronavirus outbreak, Parker took the opportunity to give thanks at the end.

“Keep up your great work NZ! Your efforts are sending us Back to the Future, said Parker.

The most recent parody follows on from others, including ‘Love Actually’, ‘Grease’ and ‘The Rocky Horror Picture Show’ released by Parker and Russell.

Parker has firmly enhanced his reputation as the clips have gone down well on both sides of the Atlantic.

As well as his social media activity, Parker has been involved in a call out to ex-opponent Dillian Whyte.

Alongside manager David Higgins, the pair want Whyte to agree on a second fight when the sport resumes in the coming months.

“Why are you so angry? Because you know you only just clung on after your lucky headbutt was wrongly called a knockdown?

Higgins added: “Dillian would never take 50/50 (for a return with Parker) because he is a p–sy. He knows he lost and he got lucky.

“The Parker team back themselves. (They) don’t rely on contract ‘clauses’ to prevail, p–sy boy. “

I think the likes of AJ (Anthony Joshua) has relied on dodgy rematch clauses and corrupt officials. Not like us or the Fury’s.”

Furthermore, Whyte holds a wafer-thin decision over Parker from their London clash in 2018. Many believe Parker was robbed on the night.