Boxing fans have unfortunately had to get used to the words ‘this heavyweight event is canceled’ or ‘this other show is postponed’ for the best part of two months now.

But finally, and most welcomed, a top division battle has been finalized. The headliner will take place on June 12th in Poland.

The fight is set to go down at the Pałac w Konarach. It gives fresh hope to the sport, which has been completely wiped out over the last few weeks.

“For the rival “Viking” it will not be the first visit to the Vistula river.

“In 2014, Kingpin hosted KnockOut Gym in Warsaw. He helped Artur Szpilka prepare for a clash with Bryant Jennings.”

Wach last fought with defeated by Dillian Whyte in Saudi Arabia on the undercard of the Anthony Joshua vs Andy Ruiz Jr. 2 heavyweight championship clash. 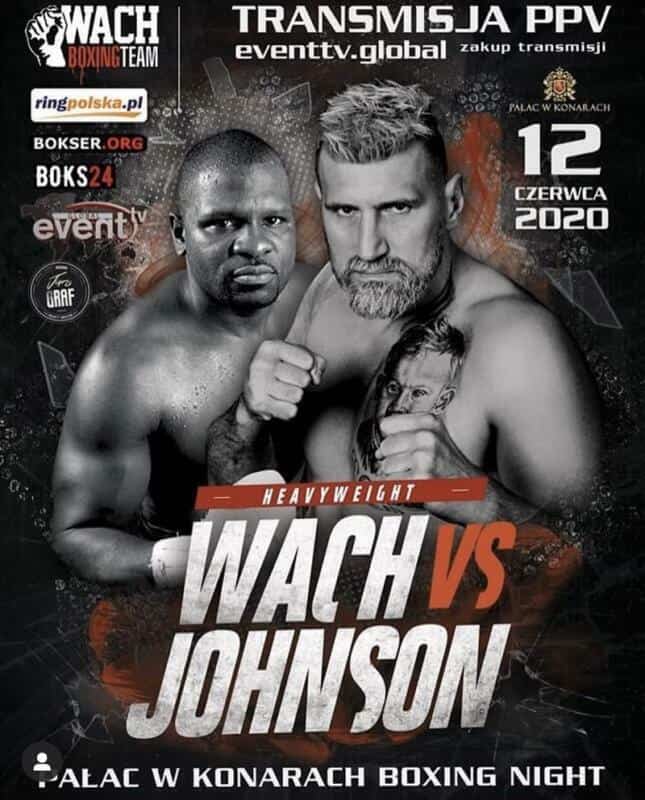 Johnson, for his part, faced Brit-based heavyweight Martin Bakole in October. The second of two losses in eight days. His last victory was in December 2018, just Johnson’s second in ten bouts.

Wach vs Johnson could become the most-watched fight staged in Poland if no other countries put on a show before then.

It feels like an age since Tyson Fury defeated Deontay Wilder for the WBC heavyweight strap back in February.

As New Zealand begins to open its doors having cases under control, adding Poland into the mix is a great addition to the roster.

The country could be ready to host events within weeks. Number one son Joseph Parker is lined up to make a rare appearance in his home country.

Opponents in the ilk of Junior Fa, Hemi Ahio, and Lucas Browne have been touted to be in the opposite corner. But right now, nobody would care who it was.

Furthermore, the fans just want to see live boxing back on the menu.

Having Parker in action after his amusing antics on social media would be a solid event. The ex-WBO heavyweight champion has firmly enhanced his reputation lately.

It’s all due to a spate of top quality and funny viral clips during the quarantine.