British cruiserweight Isaac Chamberlain had big plans for 2020 until the coronavirus crisis put a question mark on attempts to stay busy for the remainder of the year.

Like all of us, Chamberlain is attempting to make the best of a bad situation.

The talented 26-year-old is in the United States during the lockdown and hopes to continue his progress once everything begins to return to business as usual.

“Because I’ve been training in Miami, the schedule has remained the same and my life at the moment is training and resting. I go to my friend’s private boxing gym and I do a good session there on my own on the bags and in the ring. It’s frustrating not being able to do pads or sparring at the moment, but that’s the way it has to be for now. Things will get better we’ve got to stay positive,” Chamberlain exclusively told Wolrd Boxing News.

“Aside from that, I’ve been on the Playstation a lot playing Call Of Duty and I’ve set myself targets of 3,000 sit-ups a day.

“I’m also waiting for the delivery of my exercise bike and I’ll be doing an hour a day on that.

Asked regarding his hopes in terms of when he might fight again, Chamberlain answered: “My promoter Mick Hennessy said he’s aiming to get a show on for September, but he’s in the same boat as all of us.

“When restrictions get lifted and he hears from the BBBofC we’ll have a better idea of how things will pan out.

“It looks difficult at the moment. That there’s no light at the end of the tunnel. But we’ve got to keep optimistic and just keep working hard for when we get the green light.

“So maintaining my fitness is key.” 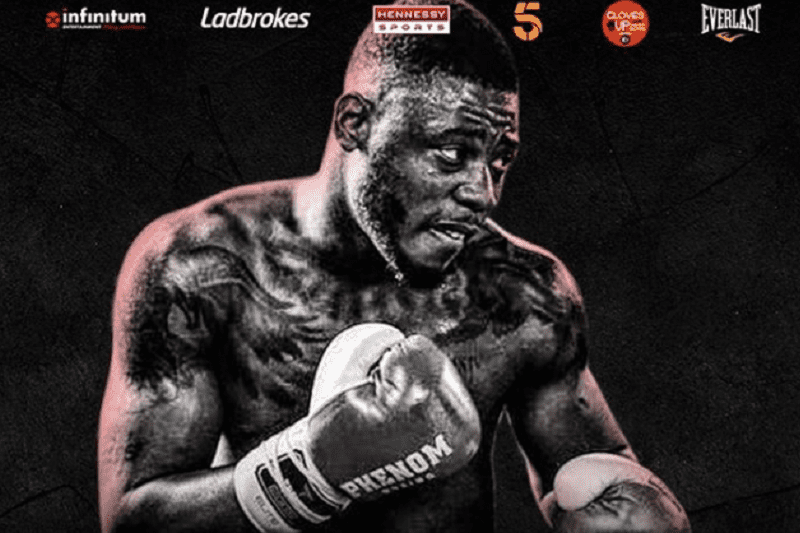 On not being able to capitalize on his win over Luke Watkins, Chamberlain added: “Everything happens for a reason and I can’t be too disappointed.

“Of course, I would love to have had more fights by now. But when the situation is out of your control, what can you do?

“You can be pissed off that things aren’t going to change in the next few weeks while this lockdown is still on but what’s it going to achieve?

“I look at the positives. Since the Watkins fight, I’ve linked up with Mick Hennessy and Channel 5. That’s a massive boost for me. I just can’t wait to get going.

“That terrestrial exposure on free-to-air Channel 5 is going to be such a bonus for my career. They’re 100 percent backing me.

“With Mick’s expertise in managing and promoting I feel that I’m in the best place that I can be. I want to achieve my aim of becoming a World Champion.

“I want to squeeze in four fights this year if we can get going by September. It will be an amazing thing to do and I’ve asked Mick to look into it.

“That will certainly scrape all the ring rust off that will leave me firing on all cylinders for 2021.”

Prior to the lockdown, Chamberlain’s fierce rival Lawrence Okolie – who inflicted the solitary loss on his record, was lined up for a world title shot.

The WBO decided Okolie’s victory over ‘Chambo’ was enough to give a rankings boost. Okolie then won the British, Commonwealth, and European titles into the bargain.

Okolie is now set to battle Krzysztof Glowacki for the vacant WBO strap. If successful, Chamberlain wants to be in the shake-up for a rematch.

He stated: “100 percent I want Okolie again. Of course, I want to avenge that L on my record. Eventually, I will. If he goes on and wins a world title and I carry on and God willing, win a world title, then it sets up a massive rematch.

“This time I will insist on a neutral referee. And I won’t let him hug me like I’m his girlfriend.”

Concluding with his views on Okolie vs Glowacki, Chamberlain leaned slightly towards his old rival.

“It’s a very good fight. Okolie has the power and strength to do something big.

“Glowacki’s a southpaw as well. He’s also got a big chance. I see it 60/40 in Okolie’s favour to win,” predicted Chamberlain.