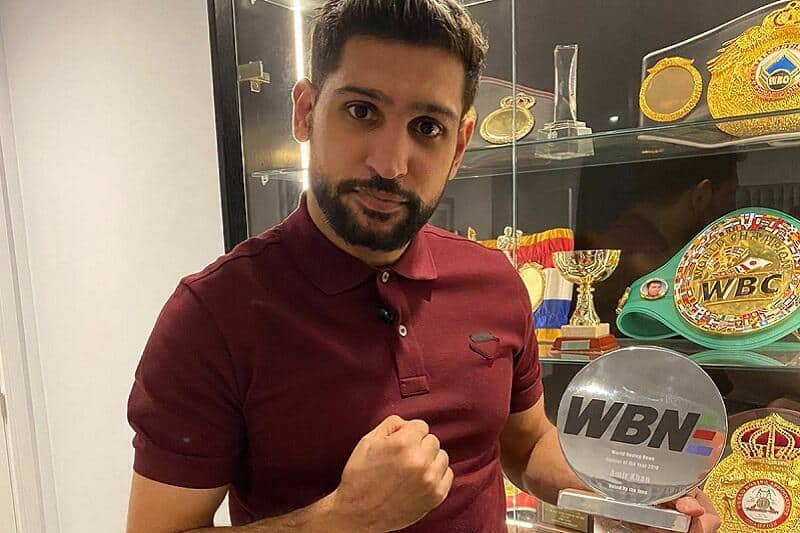 This week’s installment of the Black Eye Barber Shop Show included an update on the future of Amir Khan plus a discussion with super-middleweight contender John Ryder.

Those were two of the major topics discussed during the episode, fronted by former world champions Johnny Nelson, Anthony Crolla and matchmaker/manager Richard Poxon.

The trio ran the rule on what options lie ahead of Khan and what’s left of his career. Whilst Ryder revealed Callum Smith’s handler Joe Gallagher told him to ‘get back in line’ despite previously defeating the Liverpool man only to be robbed on points.

Khan had previously told World Boxing News: “I’m not thinking about retirement yet. I’ve probably got one or two fights left, all being well.

“Maybe it could have been more but the current situation has stopped everyone from fighting,” regarding his chances of retirement as the Bolton man eyes some massive clashes before walking away for good.

WATCH THE DISCUSSION BELOW:

In regards to Ryder, manager Charlie Sims updated WBN back in January as the world waited for Canelo Alvarez to make his mind up.

“If we don’t get it then will we look to open talks with Billy Joe for an all-UK fight. That’s obviously if Smith decides not to fight Ryder. And Canelo doesn’t choose Billy Joe,” Sims told WBN.

“There’s a lot that has to happen before we can sort out any details. We will fight any of the world champions. That’s where Ryder belongs.

“If we can’t get Canelo, and Smith won’t unify with Saunders, let’s do an all British showdown!

“Smith vs Ryder 2 or Saunders vs Ryder is what the fans will want to see,” he concluded.

Listen to every episode of the Black Eye Barber Shop Show HERE and SUBSCRIBE.