Advertisements
Home » Stop the Madness! Tyson Fury vs Anthony Joshua NOT happening in 2020

Stop the Madness! Tyson Fury vs Anthony Joshua NOT happening in 2020

Every day I read another comment made by the Anthony Joshua side on a potential fight with Tyson Fury happening in the near future. Let’s be blunt, it’s absolutely absurd.

Not only are we in the midst of a pandemic for a start-off, but there are already several roadblocks and reasons why the fight cannot and will not happen yet.

At the risk of sounding like a broken record, Fury vs Joshua is frankly impossible to make in 2020.

Anyone who says otherwise is living in Cloud Cuckoo Land.

For one, Fury is contracted to fight Deontay Wilder next. Both have stated publicly this is their intention. Add to than another nail in the coffin of a UK super-fight as Joshua has one hundred percent got to fight Kubrat Pulev, as stipulated by the IBF.

If he doesn’t, the IBF will strip Joshua of his title, something the Londoner has said he doesn’t want to happen. AJ wants to keep all his titles in order to make the Fury fight an undisputed unification.

Therefore, once Joshua finishes with Pulev, he then has to move on to Oleksandr Usyk – the WBO mandatory. Again, agreeing to this challenger goes hand-in-hand with retaining possession of the World Boxing Organization version. 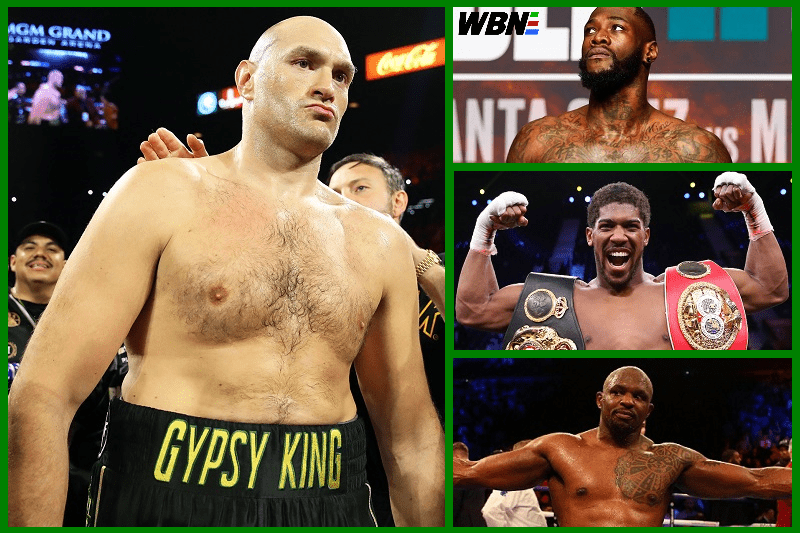 Now, back to Fury. Whoever wins the trilogy fight has already been ordered to face Dillian Whyte, who is promoted by the same handler as Joshua in Eddie Hearn.

I mean, why Hearn wants to railroad his own contender in all of this is an entirely different story. But one which shouldn’t and won’t be allowed to happen.

It’s also startling given the fact the Matchroom Boss gave the WBC both barrels for allowing Fury vs Wilder 2 to take place before Whyte got his shot.

Coming out publicly in the way Hearn has, time and time again, is only confusing the public. Why not just state the facts?

Fury vs Joshua is more likely to happen in 2021 and quite possibly not until 2022 given the current plight of the planet.

Maybe Hearn is going stir crazy being on lockdown? – But the constant bellowing about the Brit Battle in the press is getting tedious.

Shelly Finkel wouldn’t even bother commenting on recent reports led by Hearn in the press. One that states Fury wants Wilder to step aside.

Finkel has already told WBN Wilder will NEVER step aside and firmly intends to fight Fury next. I’m not sure what’s so hard to understand in all this.

Fury vs Joshua is a huge fight when it does happen, but why not get completely real and open with the fans and get it over the line when it’s actually possible?

People have enough to deal with right now without throwing false hope into the bargain.