Heavyweight Martin Bakole has addressed the sickening video he posted on social media last weekend after a backlash from fans.

Less than a day after World Boxing News became the first media outlet to report the Matchroom fighter’s actions, Bakole broke his deafening silence on the matter.

Bakole had taken it upon himself to give his 7,000 plus followers a shocking view of child sex abuse accompanied by his own damning emojis. Not the way to do things, by any stretch of the imagination.

Exposing his fans to that kind of horrific act was met with a predictable condemnation that Bakole obviously didn’t understand.

On the flip side, though, there are also people questioning why Bakole has that kind of video available on his phone to put out there in the first place.

The 15-1 puncher finally explained why in another Tweet on Thursday.

“I wanted to address my post last week,” said Bakole. “My intention was to draw attention to the disgusting and vile person in the video, not to condone the action in any way.

“My culture is to expose these nasty people.

“I now understand this is not the right approach through social media. I am very sorry for posting the video.” 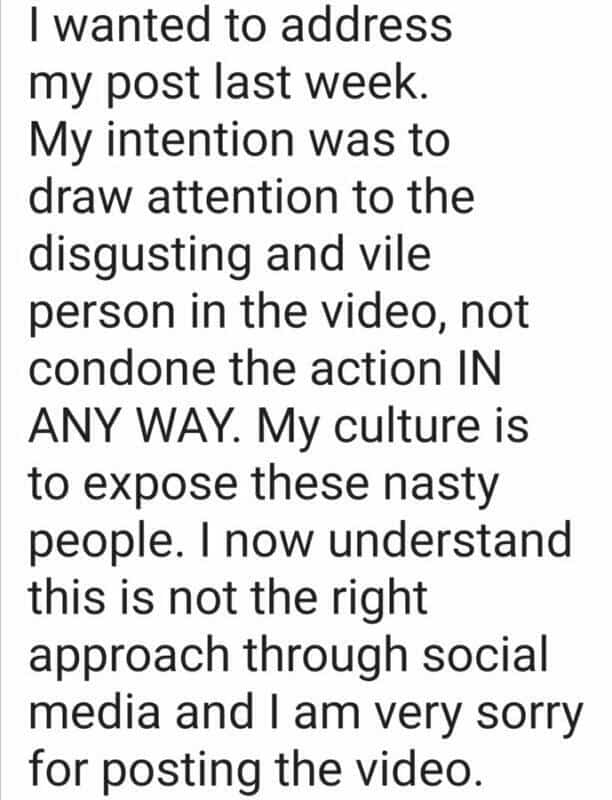 Instantly, the question was raised by a concerned fan, ‘How did you get the video’ – a common theme running through this whole situation.

A reply came from one of Bakole’s followers stating everyone should now move on.

“Someone has obviously sent it to him my friend. He has shown his anger about it and reposted it, rightly or wrongly.

“There’s only one Martin Bakole. We all move on and Martin lets his gloves do the talking!”

Whether many of those who actually witnessed what Bakole posted will be able to do so seems to be another matter entirely.

Bakole’s promoter Eddie Hearn, who recently stated he was appalled by a domestic violence ‘joke’ video by Billy Joe Saunders, is yet to comment on the concerns raised.

Twitter is also yet to act on child sex abuse being shared on its platform.