The coming week will see the start of Season 2 of the eWBSS with a new weight class in the classic World Boxing Super Series eight-man format.

Sunday night, Mike Tyson won the inaugural ‘eWBSS Heavyweight Legends Tournament’ after an epic battle over 12 rounds against Muhammad Ali. Iron Mike was floored in the opening round but got off the canvas to score two knockdowns of his own in claiming the decision.

On Monday it is time for the legendary middleweights!

Fans voted between Welterweight and Middleweight on the WBSuperSeries Twitter and chose Middleweight as the next division to clash for the eAli Trophy. 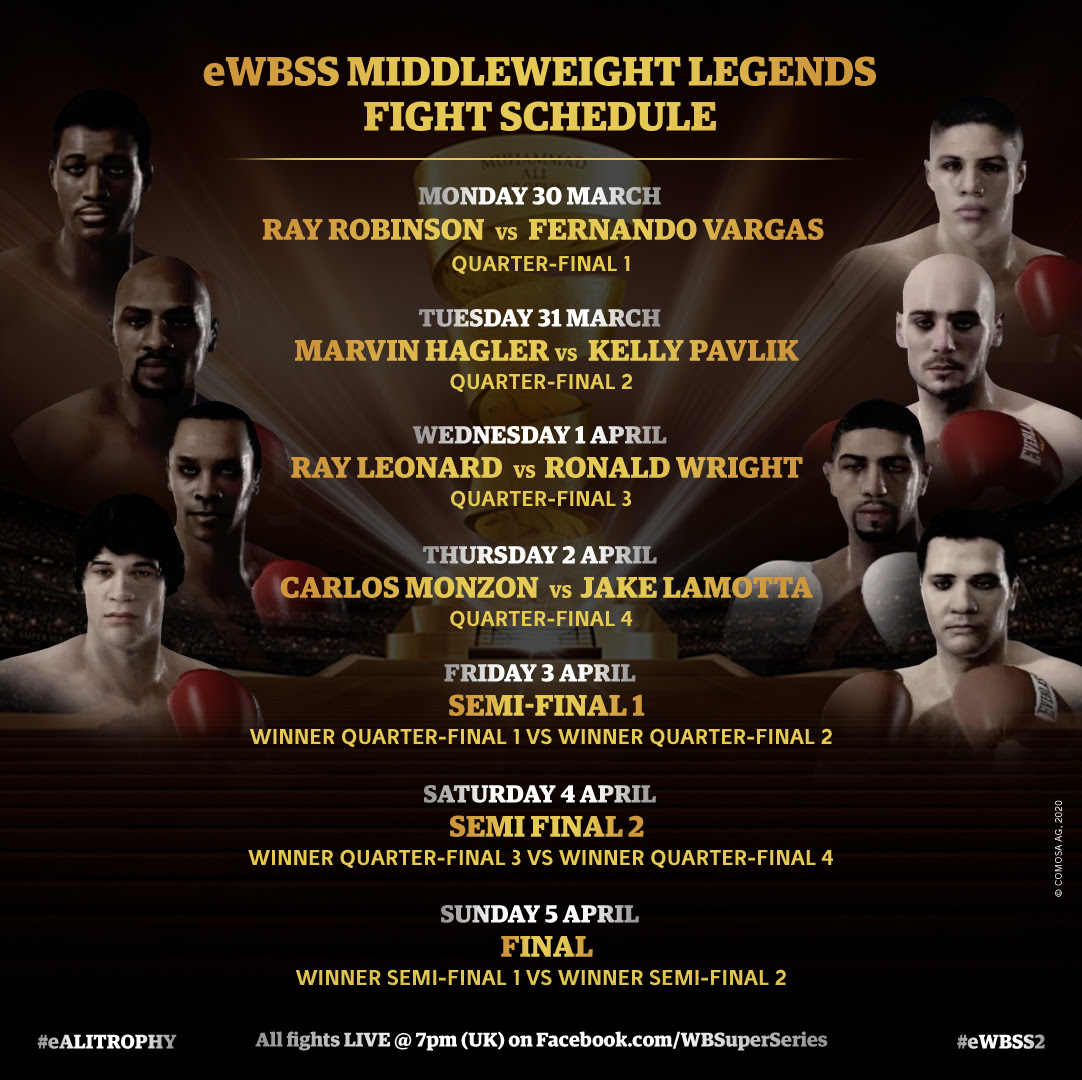 The eWBSS tournaments, simulated on EA Sports ‘Fight Night Champion’, are created by the real World Boxing Super Series to provide some much-needed relief and entertainment for fight fans around the world during these testing times.

The eWBSS has provided knockdowns in lockdown every day since March 23.