Advertisements
Home » Billy Joe Saunders suspended by British Board, Canelo fight up in the air

Billy Joe Saunders suspended by British Board, Canelo fight up in the air

A massive fight for Billy Joe Saunders against Canelo Alvarez later in the year is now under a cloud following a social media video posted by the Briton.

Saunders came under fire for putting out a clip of himself jokingly giving advice to men on how to deal with their wives or girlfriends during the quarantine.

Domestic violence campaigners were outraged, leading to Saunders releasing an apology for his actions.

“I would never condone domestic violence and if I saw a man touch a woman I would smash him to pieces myself,” Saunders said in a post on Twitter. “Apologies if I offended any women, stay blessed.”

Despite saying sorry following the backlash, the BBBofC confirmed a suspension for Saunders.

“The British Boxing Board of Control having considered comments made by Billy Joe Saunders on social media. They have suspended his boxer’s licence pending a hearing under the Board’s misconduct regulation, at a time and venue to be confirmed as soon as possible,” they said. 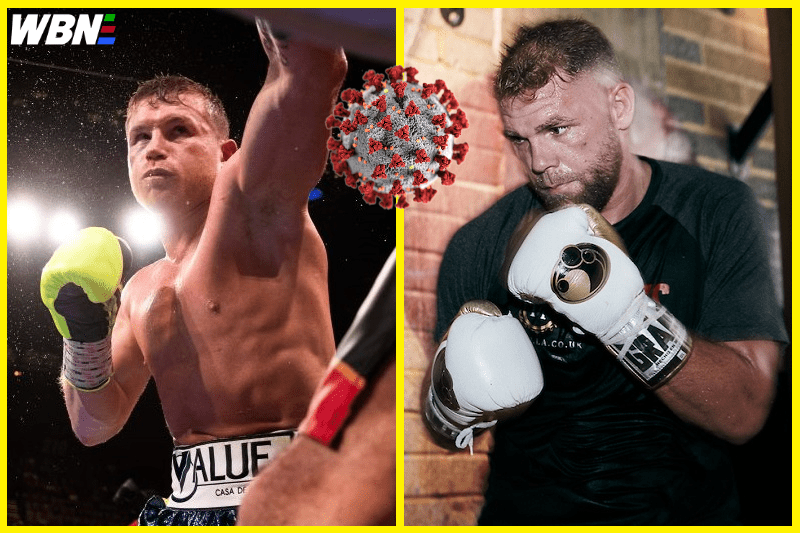 The ban will remain in place until that hearing can be arranged.

Due to the coronavirus outbreak, a video explanation may be sought in order to speed up the process.

Canelo was due to be the opponent of Saunders on May 2. It’s hoped the Las Vegas battle will take place over the summer instead.

Promoter Golden Boy has yet to clarify when their event may resume following the COVID-19 crisis.

“This morning, we were informed by the California State Athletic Commission that all combative sports events have been canceled for the month of March due to concerns regarding COVID-19,” said Oscar De La Hoya earlier this month.

“Therefore, our March 19 and March 28 events, which were scheduled at Avalon Hollywood and the Forum respectively, have officially been postponed.

“We will work with state and local officials. As well as our venue and broadcast partners to determine the best course of action with respect to these and other upcoming events. Both in California and elsewhere.

“The health and safety of our fighters, fans, employees, officials, and partners are of the utmost importance to us. We thank them for their support. And their understanding during this time. We will communicate further plans when the time is appropriate.”