Possible Tyson Fury vs Deontay Wilder III dates are already flying around despite absolutely no movement due to the coronavirus pandemic.

Several dates have been made public by those involved in negotiations, although none of them are set in stone.

According to Shelly Finkel, Wilder’s co-manager, a recent mark of October 3rd is merely a suggestion.

“October 3rd is not firm,” Finkel exclusively told World Boxing News. “It’s a possible date. But we are still working on the details for the trilogy in uncertain times,” he added.

The World Boxing Council, who will be sanctioning the fight due to Fury holding the coveted green and gold belt, recently relayed information from Bob Arum.

They said: “Legendary promoter Bob Arum believes that the third fight between Tyson Fury and Deontay Wilder could take place in October this year.

“There is no guarantee that the event will take place on July 18th. This is due to the situation we are going through.

“We have to wait, as boxing is not isolated. It is part of what is happening in the world. So probably the fight can take place in October,” he said. 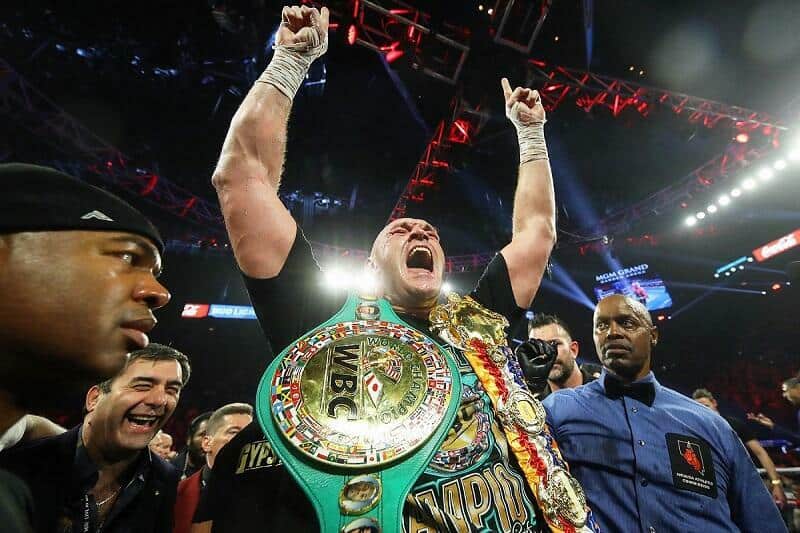 Fury, who is promoted by Arum and in partnership with Frank Warren, comes from knocking out Wilder in seven rounds to snatch the WBC heavyweight title from him in February in Las Vegas.

As things stand, it’s one hundred percent certain July 18th at the MGM Grand is off the table. But as President Trump eyes the re-opening of some areas of the United States on April 12th, it could be a long, long wait until the sport does get going again stateside.

A nationwide lockdown is needed, with harsh measures to all citizens. That’s if the USA is to stand any chance of stemming the number of cases in the short term.

Over 100,000 people have currently tested positive in the US, with those totals set to rise and rise until Trump brings in tougher measures.

It’s estimated up to 250,000 COVID-19 cases could be open stateside in the coming weeks if something isn’t done soon.

If that is the situation, every country around the world will certainly suspend all back and forth travel involving the United States until further notice.

It could be months and months before the USA is anywhere near under control as Trump continually refuses to act.