Lennox Lewis sent a tongue-in-cheek message to virtual World Boxing Super Series organizers after being stopped by Joe Frazier in the quarter-final.

The former undisputed champion was dropped early in the eBoxing bout but rallied before being downed again in the seventh.

Frazier then progressed to a semi-final clash with old rival Muhammad Ali which the eWBSS is calling Ali vs Frazier IV.

Upon suffering the loss, Lewis called for a second fight between the pair once the dust settles on the competition.

So far, Frazier and Ali have been joined by Mike Tyson in the last four. Furthermore, David Haye and George Foreman will fight is out for the final place on Thursday.

The innovating idea was created by Comosa AG and Chief Boxing Officer Kalle Sauerland and has helped fans desperately looking for a fix of their favorite sport during the coronavirus crisis. 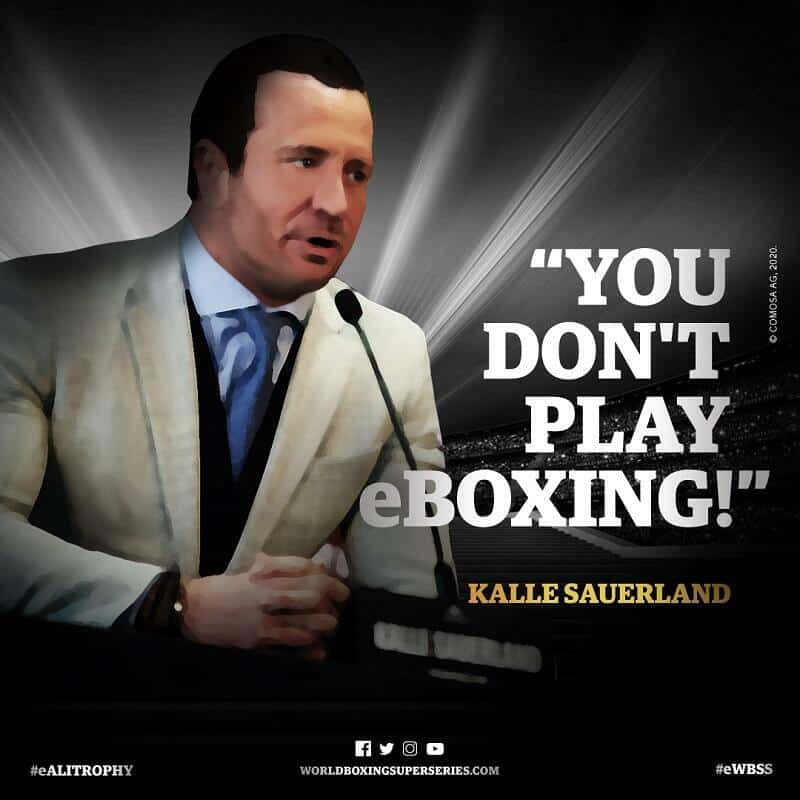 The tournament, simulated on EA Sports ‘Fight Night Champion’, is created to provide some much-needed relief and entertainment for fight fans around the world during these testing times.