Advertisements
Home » Manny Pacquiao: Will coronavirus end one of the greatest ever careers?

Manny Pacquiao: Will coronavirus end one of the greatest ever careers?

At 41 years of age, time was already fast running out of time for Manny Pacquiao to land one or two massive fights to end his tenure in the sport.

Linked to a huge rematch with Floyd Mayweather in 2020, it was clear the ‘Pacman’ was holding off for something big after dethroning Keith Thurman last July.

Enjoying one of his best years for some time, Pacquiao was named WBN Fighter of the Year for 2019 through a fan vote on www.worldboxingnews.net.

Ready to capitalize on once again holding a world welterweight title, the Filipino Senator wanting big bucks before walking away for good.

So, weeks of waiting turned into months and soon will be a year since his last fight. Enter the coronavirus and Pacquiao is now living on borrowed time.

Boxing is suspended until the summer – at the very least. Pacquiao may even be 42 before he laces up the gloves again.

Taking an eighteen-month partly enforced timeout from the sport at this stage of his career was highly unthinkable for Pacquiao.

Taking advantage of the fact he was still just as good as anyone out there at 147 pounds would have been key to any fights against the big boys.

Obviously, taking on Floyd again remains an option for a further aged Pacquiao, but facing the likes of Errol Spence or Terence Crawford in 2021 could prove an impossible task. 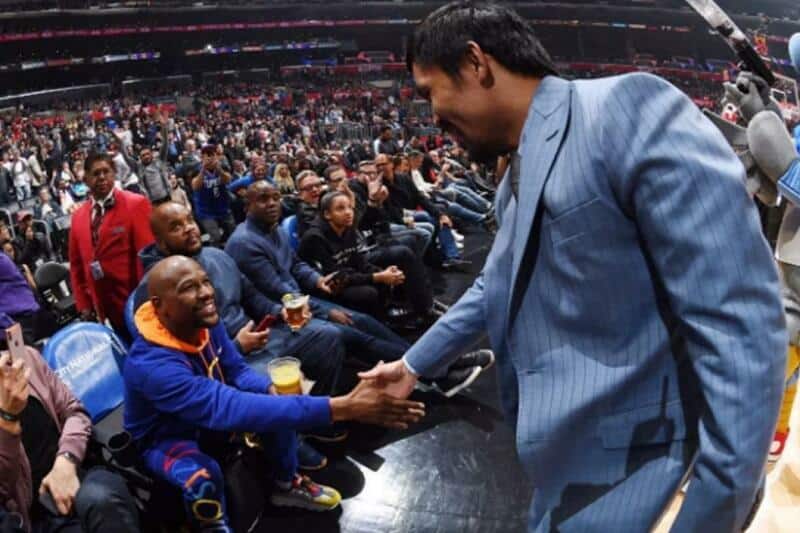 It was already a tough job at 41, but having a year and a half on the sidelines would make Pacquiao a massive underdog against either.

Effectively, the COVID-19 breakout has ended Pacquiao’s ability to compete before it’s time and he may struggle to put another win on the board.

What a sad end to a legendary Hall of Fame ring stint it could prove to be for one of the greatest fighters of all time.

Where should Pacquiao turn to? – Possibly going for the MMA stars would be the best option.

Pacquiao could make a lot of money against a Conor McGregor or a Khabib and still have all the advantages in his favor.

But facing a Spence or a Crawford has seemingly been cut-off by an unprecedented world event, which nobody could have foreseen coming.

Let’s hope predictions of boxing being off the menu for up to a year don’t come to fruition.