Advertisements
Home » WBC on board with Canelo vs Golovkin III, Allegiant Stadium could host

WBC on board with Canelo vs Golovkin III, Allegiant Stadium could host

The World Boxing Council has ratified rumors of a potential third fight between Canelo Alvarez and Gennadiy Golovkin in 2020.

Canelo and ‘GGG’ were thought to be done with their saga, although recent whispers came on the back of DAZN boss John Skipper wanting the clash to happen.

As Mexico’s pound for pound king is contracted to DAZN for hundreds of millions of dollars, Skipper has some say in Canelo’s next move.

Skipper is hopeful Canelo will face Billy Joe Saunders first before Golovkin later this year. A possible December outing in Japan is then on the cards.

WBC bosses are seemingly on board. But only if both Canelo and Golovkin overcome their next challenges.

“According to several sources, Mexican champion Saúl “Canelo” Álvarez has reached an agreement to go to the ring for the third time against Gennady Golovkin,” stated the WBC.

“Although there is nothing official yet, “Canelo” and Golovkin need to win their next bouts, respectively. In order to light up their third match.

“The first time the two warriors faced each other was in 2017, at the T-Mobile Arena in Las Vegas. It ended in a split draw. 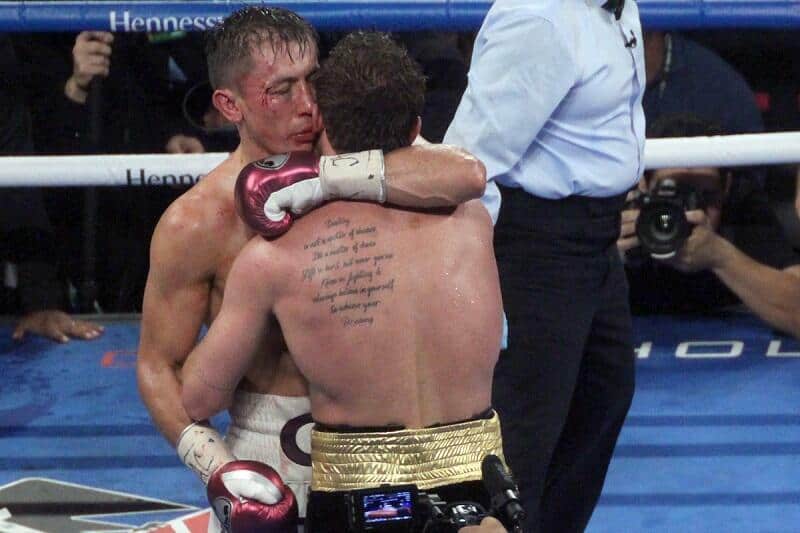 WBN understands the main target venue for the trilogy battle would be the new Las Vegas Allegiant Stadium, which is due to open in August.

Coronavirus fears could postpone that finish date. It means the T-Mobile Arena or MGM Grand could then be considered. Dependent on what marks in the calendar work.

A promised encounter with Billy Joe Saunders has to happen before that. And with July or even August itself looking more likely, Canelo vs GGG III might have to be pushed back until December.

Canelo’s Japanese jaunt may have to be scrapped altogether or left on the shelf for a year.

Ryota Murata was reportedly in the frame to challenge Canelo as a WBA ratified contender.

Whether that is still the case, and if Asia will even be considered in the current climate, remains to be seen.