Mike Tyson has been pitted against Butterbean in a barnstorming virtual match-up as part of a World Boxing Super Series fantasy competition.

The sensational line-up and truly unbelievable quarter-finals for the ‘eWBSS Heavyweight Legends’ tournament were revealed at a draw Sunday afternoon on @wbsuperseries’ social channels by Kalle Sauerland, Chief Boxing Officer of the eWBSS.

The draw ended up with four match-ups between eight of the most recognizable heavyweights from boxing history. 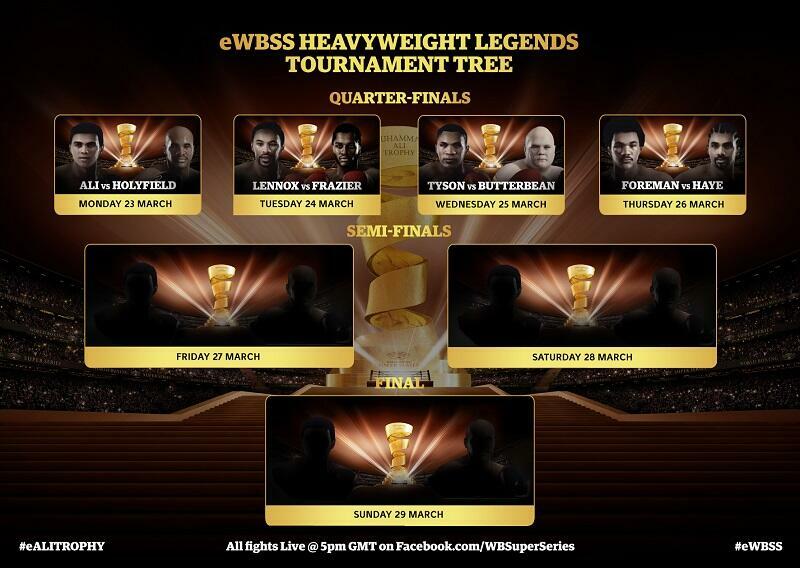 They will compete in the traditional World Boxing Super Series format to lift the eAli Trophy.

Bouts will happen every day from Monday 23rd March until the final on Sunday 29th March.

“In these testing and uncertain times, the world is facing unprecedented challenges as we unite against the coronavirus,” said Kalle Sauerland.

“With this ‘eWBSS Heavyweight Legends’ tournament, we hope we can provide a much-needed distraction for fight fans around the world.

“Stay safe. Stay out of trouble!”