Carl Froch has been retired a good few years now but remains in the headlines once in a while when he declares himself better than somebody else.

The latest victim is Gennadiy Golovkin, who Froch believes he would have battered if he was still fighting.

Froch has so far said similar regarding Andre Ward, who defeated him, and James DeGale. Both outbursts came when the pair had retired.

UK fans seem used to Froch making this kind of claims against other fighters, it’s even becoming something of a calling card.

Along with his, ‘I knocked out George Groves in front of 80,000 at Wembley’ catchphrase, Froch has made, ‘I’d smash him to bits’ his own in retirement.

But since Froch made his statement to GGG, a debate has opened up on Twitter regarding who would win.

Former British Champ Ashley Theophane gave his view before plenty of others had their say.

“What makes u think GGG beats Froch? Froch was a Great 168 pounder GGG never fought at the weight.” 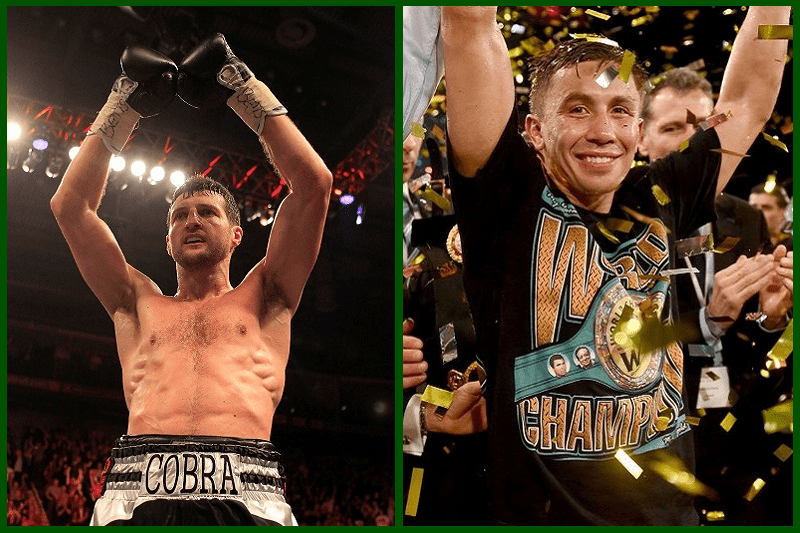 “Froch is naturally bigger. I think that would prove the difference. The fight would definitely go the distance – don’t think either can be knocked out by anyone below 175lbs.”

“GGG would have f-ed him up. He’s levels above Froch technical wise and has a better chin as well.”

“If George Groves could level Carl Froch, which he did, Carl hitting the canvas woke him up, then Golovkin in his prime would have knocked Carl out.

“Yes Carl had a great chin and was decent but GGG would’ve wiped anyone out. Canelo got him at the right time.”

“Well, that’s fair enough as Froch is a different animal with an immense chin, both had amazing chins.

“Just seemed like you were judging a past it version of GGG, which seemed unfair as he is undoubtedly clearly past his best, even if he did still get robbed v Canelo in the first fight.”

There doesn’t seem to be a general consensus or even many doubting Froch would have at least had a chance of taking out Golovkin.

The Nottingham man was one of the most talented of his generation in the UK.

It’s his outside of the ring swagger which seems to continue to cause the most controversy.