The creators of the World Boxing Super Series have come up with an idea for an ‘ESports’ boxing tournament starring Muhammad Ali as coronavirus continues to halt the sport.

Desperate fans are losing it without the prospect of live combat sports for at least the next twelve weeks.

Therefore, organizers of the WBSS will be streaming a live virtual tournament taking from the popular EA games ‘Fight Night Champion’.

In much the same format as the normal WBSS, eight boxers will take center stage and participate in order to win for the coveted Ali Trophy.

Fittingly, Ali is the first name confirmed for the competition, with seven to follow shortly.

Outlining the plans, WBSS said the following: “As boxing fans around the world look for distractions, we have decided to launch a special ‘eWBSS Heavyweight Legends’ tournament.

“We hope to provide some much-needed relief and entertainment for fight fans around the world. 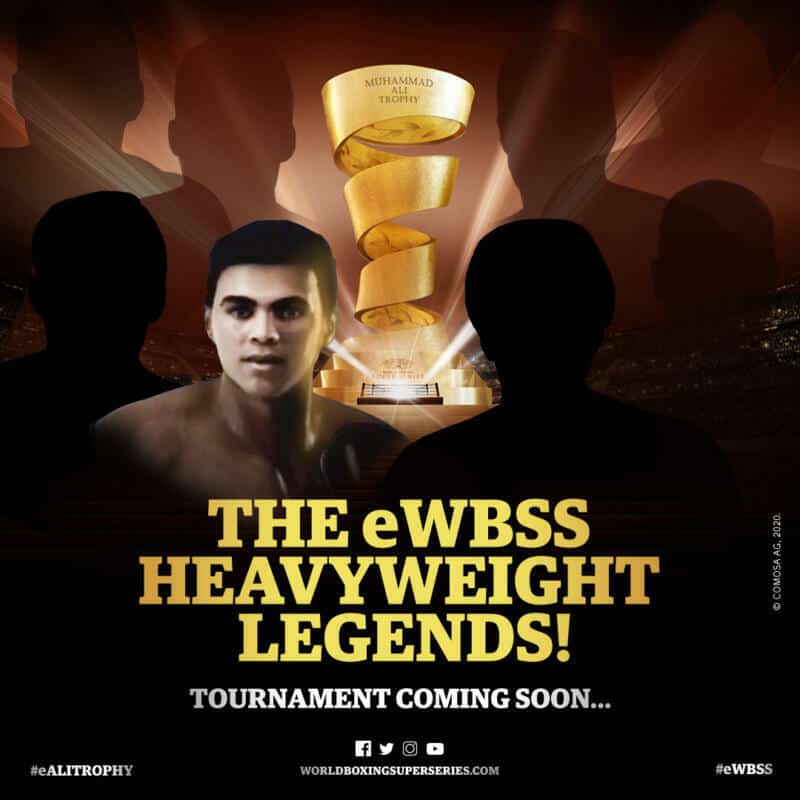 The ‘eWBSS Heavyweight Legends’ tournament will be simulated on EA Sports ‘Fight Night Champion’ video game. It will feature eight of the most recognizable heavyweight’s from history.

“This includes ‘The Greatest’ Muhammad Ali. They will compete in the traditional World Boxing Super Series format to lift the eAli Trophy!

“The ‘roster’ announcement will be made this coming Sunday. The draw will take place on the ‘@wbsuperseries’ social channels on Sunday 22nd at 5pm (GMT).

“The tournament will begin with the first quarter-final taking place on Monday 23rd March. There will be a live-streamed fight every night until the final on Sunday 29th March.

“The entire ‘eWBSS Heavyweight Legends’ tournament will be live-streamed. Fans can follow on the World Boxing Super Series Facebook page at 5pm (GMT) every day.

“With this ‘eWBSS Heavyweight Legends’ tournament, we hope we can provide a much-needed distraction for people around the world.”

Previous winners of the WBSS include Oleksandr Usyk and Callum Smith.