Eddie Hearn believes the WBC should consider stripping Tyson Fury of the heavyweight title in the same way Dillian Whyte was suspended when under investigation by UKAD.

Whyte lost his number one and interim champion status with the WBC when the UK Anti-Doping Agency looked into an adverse finding in one of the Briton’s samples.

‘The Bodysnatcher’ fought tooth and nail to clear his name and was eventually reinstated by the World Boxing Council.

Promoter Hearn wonders whether the same should be done to Fury as UKAD investigate sensational claims made by a farmer.

“As I understand, it’s going to be looked into by UKAD,” Hearn told Sky Sports. “I guess the truth will come out in the wash.

“As I understand it, the key witness in the case has come out and effectively changed his statements of what happened.

“I’ll let them deal with that. If I’m Dillian Whyte right now, I’m looking at that situation, knowing that if there is an issue with Tyson Fury as world champion, I become the WBC heavyweight world champion.

“Because right now, he was suspended while an investigation was taking place.

“It’s going to be interesting to see how that plays out,” he added. 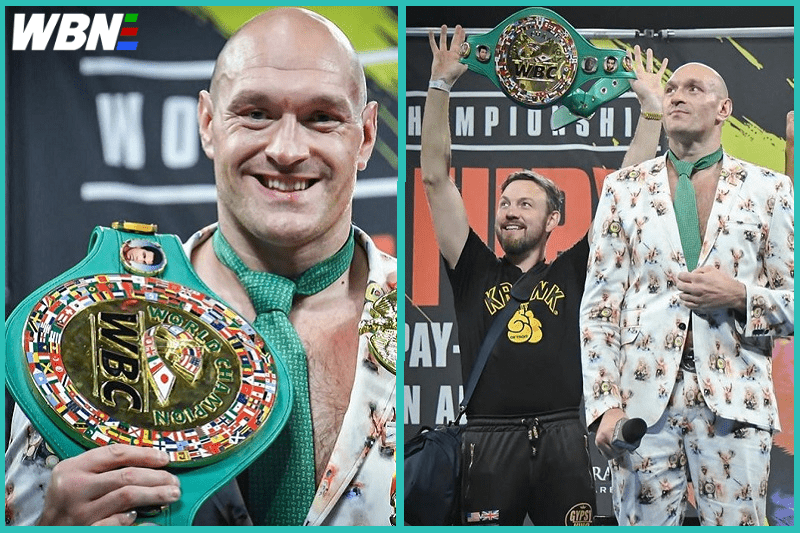 What Hearn refrained to mention was the fact that the WBC doesn’t see an issue with UKAD’s investigation.

President Mauricio Sulaiman recently told WBN the accusations didn’t seem as though they could lead to anything concrete.

“I have little knowledge of the allegations,” Sulaiman exclusively told World Boxing News. “But I wonder what credibility such person could have when he claims wrongdoing when it was him doing it!

“He has admitted to receiving the money to lie. In my eyes, he has zero credibility,” he added.

Fury has been getting it from all angles since winning the strap from Deontay Wilder, much like he did in 2015.

Upon dethroning Wladimir Klitschko in Dusseldorf, Fury was set up by several governing bodies and media outlets. He eventually went through mental health issues as a result.